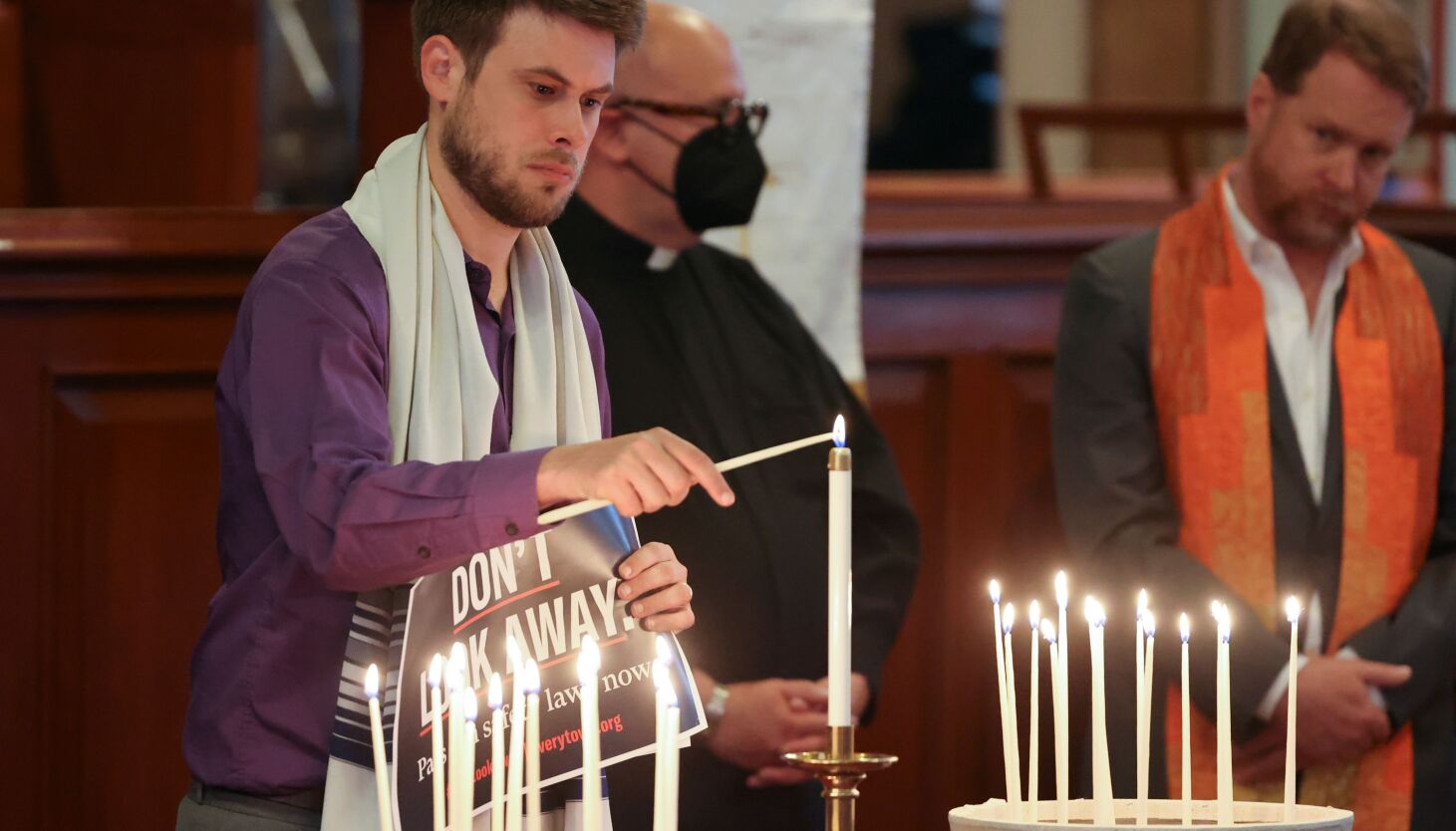 Between each name, they quietly said, “No more.”

Religious leaders of various denominations urged Utah lawmakers on Friday to “heed our battle cries and do what is right and just.”

The Rev. Curtis Price, pastor of First Baptist Church in Salt Lake City, said it was about keeping families safe and loving neighbors. He said it is frustrating and infuriating that change is taking so long. Religious leaders prayed, but they also focused on action.

“We have gathered here to pray, yes, but also to follow up those prayers with requests,” Reverend Price said. “As believers, we know that prayer is answered by people who answer a call. To our legislators here in the state of Utah, we say it’s your call, and we ask, we plead , we demand that you reply.”

As each request was read, the group prayed, “Lord, hear our request and make our decision makers listen.

Rabbi Sam Spector of Congregation Kol Ami said the Jewish faith teaches that when prayers are not followed by action, it is a sin and a breach of duty to God. He told politicians and leaders who offer prayers and thoughts, they should also act.

He also said the biblical book of Deuteronomy teaches that people should take every precaution to prevent danger, which should include laws preventing gun violence.

“What would our scriptures say, what would our prophets and spiritual leaders say today about gun violence? We know they say don’t stand idly by when your neighbor’s blood is spilled and yet after Sandy Hook, we saw that our country said, ‘We love our children, but not as much as our guns,’ Rabbi Spector said.

The rabbi said he was 11 when there was a shooting at Columbine High School, which led to his first training as an active shooter. This year, he is holding mandatory active fire drills for his congregation and staff almost every month. He said he spent half of Thursday on the phone with the FBI, after receiving a second death threat for the week.

“While the government has in other cases said, ‘Let us protect you,’ what they told us…was, ‘This is what you do when someone walks into your store, your place of worship . Now we give you the tools, now you understand,” Rabbi Spector said.

He said he broke down in tears as he prepared a sermon for the first time last week, because he was planning to speak about the shooting in Texas and someone asked him if he was going to include the shooting in Buffalo, New York, and he forgot, just a week later.

“It happens so often here that it just doesn’t cross my mind,” he said.

Carolyn Tuft, head of the Utah chapter of Moms Demand Action, spoke about her experience as a survivor of the 2007 mass shooting at Trolley Square. His 15-year-old daughter, Kirsten Hinckley, was shot and killed while shopping for Valentine’s Day.

Tuft was shot three times and she said the lead from over 450 pellets still inside her body was slowly killing her. She is still in extreme pain. She also said there are other consequences that are often overlooked. In addition to losing a child, she lost her home and her business because she was unable to work.

She said 110 Americans are killed daily by gun violence and 200 more are injured.

She said her reaction to hearing about the recent shootings was anger and sadness.

“I’m so angry that we still do this. … We need action, we need them to actually do something,” Tuft said.

Church leaders at the vigil specifically asked Utah GOP Sen. Mitt Romney to step in and help the state be a leader in an effort to reform gun safety laws. fire.

“We ask you in particular to lead, to gather courage and strength, and to lead as one who has been called to be an answer to prayer,” Reverend Price said.

“We all stand together, we all want the same things and we are working on it,” said Reverend Price.