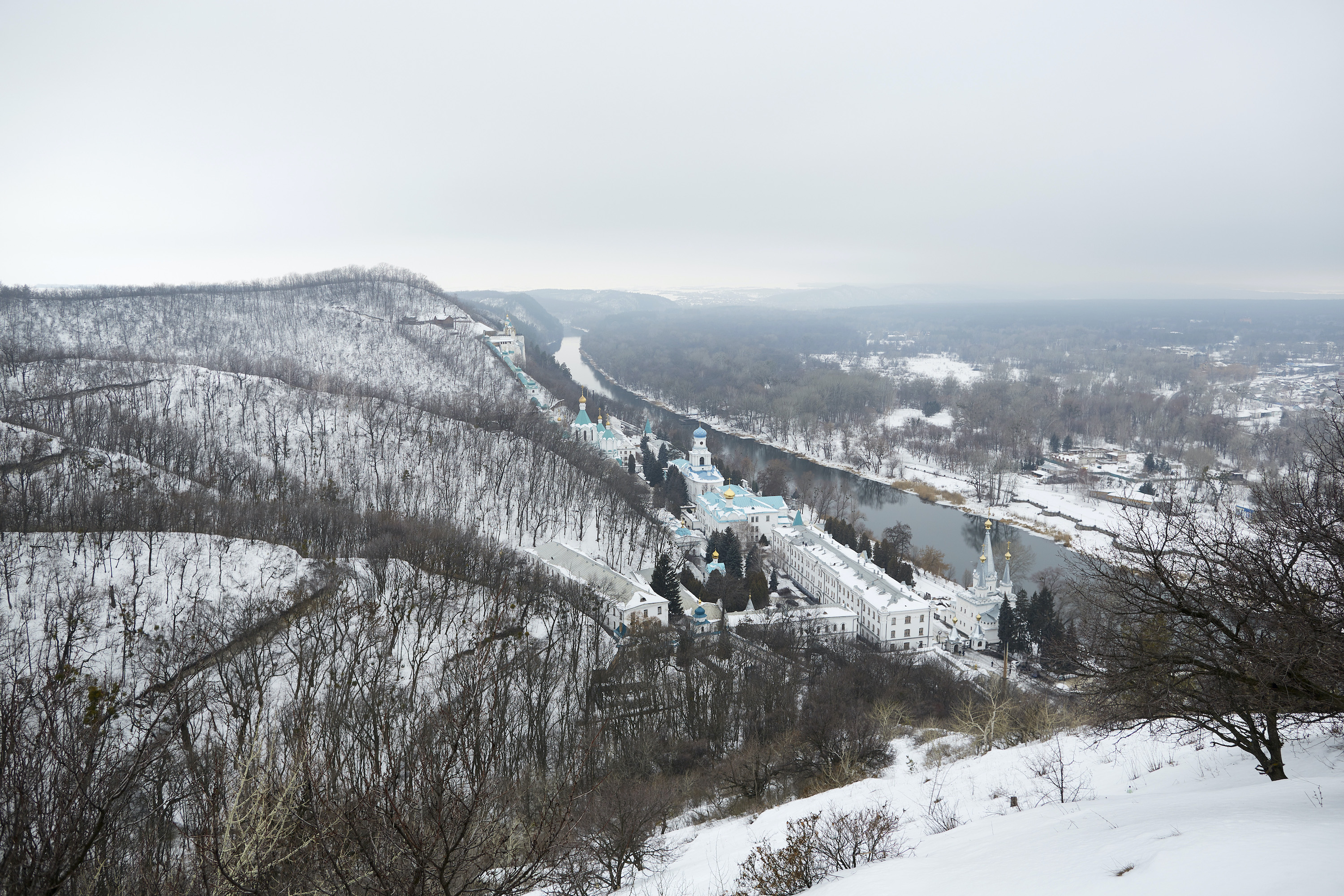 Since February 24, 2022, when the Russian Federation launched its unprovoked and unprovoked aggression against Ukraine, we have witnessed appalling scenes of suffering, pain and suffering inflicted on hundreds of thousands of Ukrainians day after day. The tragic fate of millions of civilian refugees, mostly women and children, and the enormous damage and destruction caused by war are reminiscent of the darkest periods in recent European and world history.

Russian aggression has created endless havoc. Fully premeditated acts of war are aimed at non-military targets, including Ukrainian cultural and religious heritage sites. The burning buildings of Sviatohirsk Lavra (Holy Mountains) in eastern Donetsk Oblast are among the most shocking symbols of this barbarism. The Lavra is a place of worship of vital importance in Orthodox Christianity. Its first mentions date back to the 17th century. With the start of the Russian invasion, the lavra became a haven for civilians, including pilgrims and clergy, the elderly, the disabled, and children. This did not prevent Russian troops from brutally bombarding the monastic complex. The attack damaged a number of its buildings. The Skete of All Saints, the largest wooden church in Ukraine, built at the beginning of the 20th century, was burned down.

Sviatohirsk Lavra is just one example of the Russians’ pursuit to destroy Ukrainian places of worship. The Russian attacks were launched not only against Orthodox churches in Mariupol and near Kyiv, but also against the Islamic cultural center in Sievierodonetsk. Cemeteries and places of memory suffered the same fate. Ukrainians of all faiths and ethnicities face the brutal annihilation of places commemorating their identity, including those linked to belief.

We must bear in mind that the Russian repression against people belonging to religious minorities in Ukraine began long before the current invasion. Since the Russian Federation illegally annexed Crimea in 2014, particularly harsh discrimination based on religion or belief has been inflicted on Crimean Tatars, natives of the peninsula. Their rights and freedoms have been systematically violated by the Russian occupation authorities. There have been cases of people being arrested, deprived of the right to a fair trial and imprisoned for political reasons or for allegations of extremism or terrorism because of their identity as Tatars. Tatar organizations, such as their representative assembly, the Mejlis, were banned and their members suppressed. Persecution and harassment have been extended to representatives of other religious minorities in occupied Crimea, such as Jehovah’s Witnesses and Protestants.

Religious persecution also continues in parts of the world where conflict is fueled by religious fundamentalism and ethnic hatred. In Owo, in southwestern Nigeria, around 40 people were killed in a bloody assault on St. Francis Xavier Catholic Church on Pentecost Sunday earlier this year. Systemic persecution of religious groups is another problem, as evidenced by the situation in Taliban-ruled Afghanistan or the violence against Yazidis manifested by Islamic terrorists in Iraq.

Freedom of religion or belief is a fundamental human right. At the base is the freedom to practice the religion of one’s choice, to change faiths or to follow no religion at all, as well as the right to manifest one’s religious beliefs. This human right is both universal and inalienable; everyone is entitled to it and no one can be forced to adopt or reject certain religious beliefs. No one should be discriminated against based on what they believe.

The promotion of freedom of religion or belief is an important objective of Poland’s foreign policy in the field of human rights. It was at Poland’s initiative that the United Nations General Assembly decided in 2019 to designate August 22 as the International Day of Commemoration for Victims of Acts of Violence Based on Religion or Belief.

To implement this initiative, Poland has partnered with countries that prioritize the defense of freedom of religion or belief. The United Kingdom has been among our closest collaborators in this regard. Along with the United States, our two countries have annually hosted global international conferences on freedom of religion or belief; Launched in 2019, the events brought together representatives of governments, civil society and leaders of various faiths.

These issues are particularly sensitive for us Poles. We remember the Second World War and what happened on our soil at that time. We want the world to learn from its mistakes; we want to prevent such tragedies from happening again. I believe that our joint effort, both locally and internationally, will enable us to achieve this goal, so that we never have to look at images like those of the burning Svyatohirsk Lavra again.

The opinions expressed in this article are those of the author.