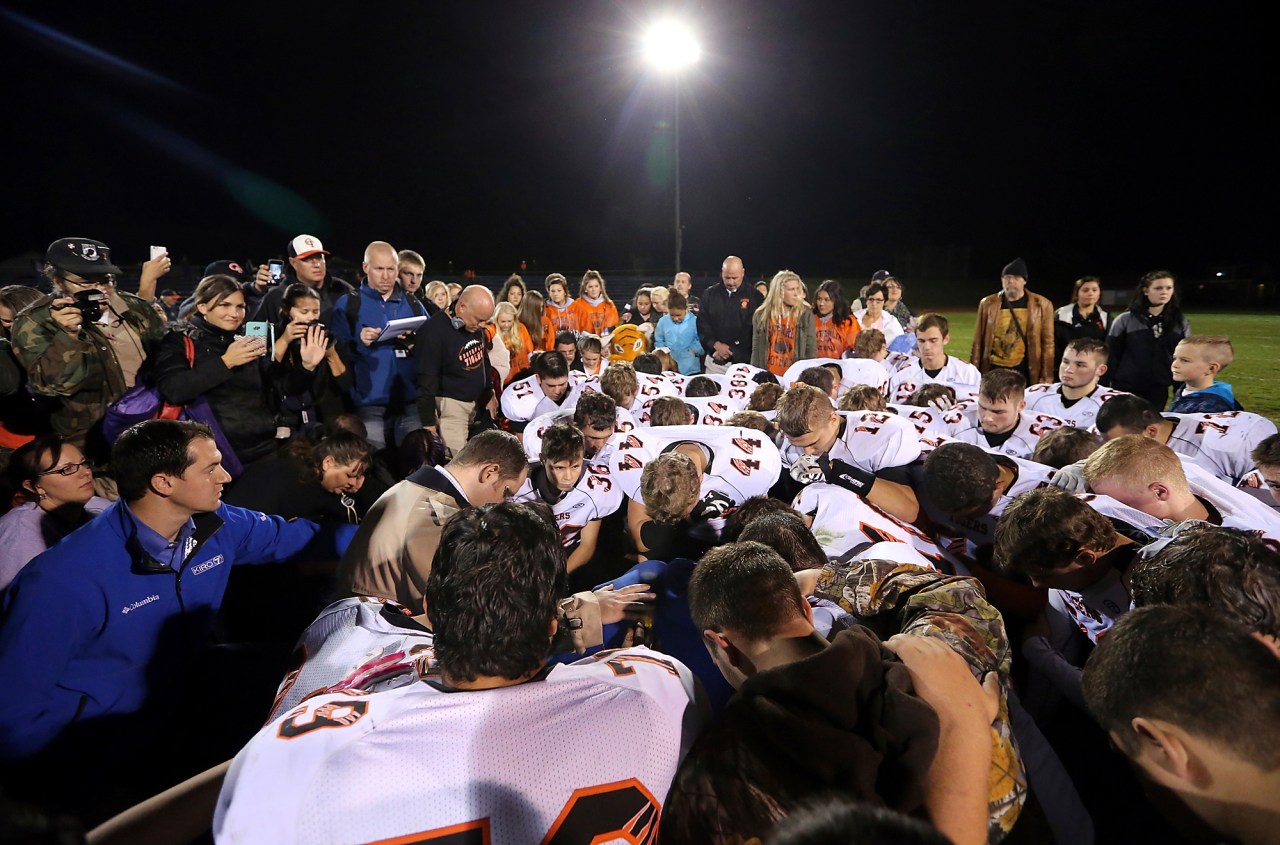 The Supreme Court effectively allowed teachers to pressure their students to pray.

Kennedy v. Bremerton felt football coach Joseph Kennedy had the right to engage in what Judge Neil Gorsuch called a “short private and personal prayer” on the 50-yard line after games. The court found that banning this prayer was unduly discriminatory on the basis of religion, as employees were allowed to do other personal things in their free time after matches. There was no “record evidence that students felt compelled to participate in these prayers” and no evidence that the prayers disrupted the school.

The actual facts are very different.

For years, Kennedy has led his players in prayer. When the Bremerton School District learned of this, they told him he could pray after games, but he had to do it quietly and alone. He was worried about the pressure on the players. The coach has unlimited discretion to decide who plays. Students who do not play will not get football scholarships.

The trial judge, whose findings of fact Gorsuch was forced to accept unless he found them clearly wrong (which he did not), wrote: ensure playing time, and he is no evidence of athletes praying in Kennedy’s absence. Kennedy himself testified that, ‘[o]ver the time, the number of players who gathered near [him] after the game grew to include the majority of the team. . . . This slow accumulation of players joining Kennedy suggests exactly the kind of vulnerability to social pressure that makes the Establishment Clause vital in the high school context. Nice starting position you have. Too bad if something were to happen to him.

Gorsuch places great emphasis on the school’s concession that there was “no evidence that students [were] directly compelled to pray with Kennedy. This condemnation has a crucial legal implication: from now on, only direct coercion will count. Gorsuch wrote that “the ability of students to uninvited choose to participate in Mr. Kennedy’s prayers [does not] necessarily prove that they are coercive.

But for many years, especially in cases involving official school prayers, the court has recognized that the pressure to comply, (as it said in 1992) “although subtle and indirect, can be as real as any manifest coercion”. The problem is the result, not the method. A poisoner cannot defend himself against prosecution by claiming that he never touched his victim.

In his final communication to school officials before his suspension, Kennedy said he would continue to pray and would not “run off the stage if the students did so voluntarily.” [came] in the same place” where he prayed. He would not “discourage” students from joining him. No student joined him the three times he prayed on the pitch after his letter, but the school reasonably did not want to wait for the slow build-up of players to begin again.

Kennedy also went public with the dispute, drawing anti-gaming crowds and hate mail that prompted several officials to resign because they feared for their safety. When he prayed, crowds swarmed the field around him. Private prayer it was not.

The Establishment Clause is based largely on the idea that state involvement can corrupt religion by turning it into a hypocritical sham. This idea has a long history. Jesus of Nazareth, for example: “Do not be like the hypocrites, for they like to pray standing in synagogues and on street corners to be seen by others. . . . But when you pray, go into your room, close the door and pray to your Father, who is invisible.

He believed that external promptings – and intentionally or not, that’s what the coach was creating – made prayer worthless. The school staff are of course entitled to think that Jesus did not understand true religion. But they should not be able to impose this point of view on the students.

The decision hampers schools that seek to prevent this kind of bullying, as Ira Lupu and Robert Tuttle observe. The court requires proof of coercion, which may ultimately require the testimony in open court of students brave enough to face community opprobrium. The court made the monks a kind of aristocracy, free to disregard the rules that everyone must follow. This case goes way beyond that, leaving them to take control of parts of government in defiance of elected officials and deploy state power for their own ends.

Suppose a teacher decides to pray before the bell rings, telling the students they can join him if they wish. A portion of the pre-1955 Good Friday Mass, which some Catholics still deem appropriate (here at odds with the Vatican), reads: “Let us also pray for the infidel Jews . . . hear our prayers which we offer for blindness of this people, that in recognizing the light of your Truth, which is Christ, they may be delivered from their darkness Suppose that in a community with a history of anti-Semitic vandalism and violence, a teacher recites this and that an increasing number of students are joining him. Does the school district have the power to stop him? After this decision, do they dare to risk trying?

Andrew Koppelman, John Paul Stevens Professor of Law at Northwestern University, is the author of “Burning down the house: how libertarian philosophy was corrupted by delusion and greed” (St. Martin’s Press, forthcoming). Follow him on Twitter @AndrewKoppelman.