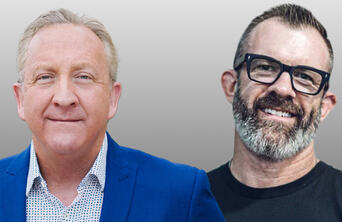 In a press release, SALEM SVP/Spoken Word PHIL BOYCE called the hosts “culture warriors” who “come into this battle with a biblical worldview. Think David versus Goliath, and we all know how. it worked for the giant, I’m very happy to add their podcast to our platform.

Without specifying how the show or its views were “censored,” MCCOY said, “In an unprecedented season of censorship that has directly affected our podcast, we are thrilled to join SALEM, where free speech matters. always and is powerfully protected and powerfully disseminated.

EDDY said: “We are in a battle for the ages. Our fight is against evil politicians and an elite oligarchy that exists at the intersection of big business and government interests. The greatest benefit of good people is community. We’re thrilled to join the SALEM community and their amazing roster of podcasters. Two can fight ten!

« see more news from the net