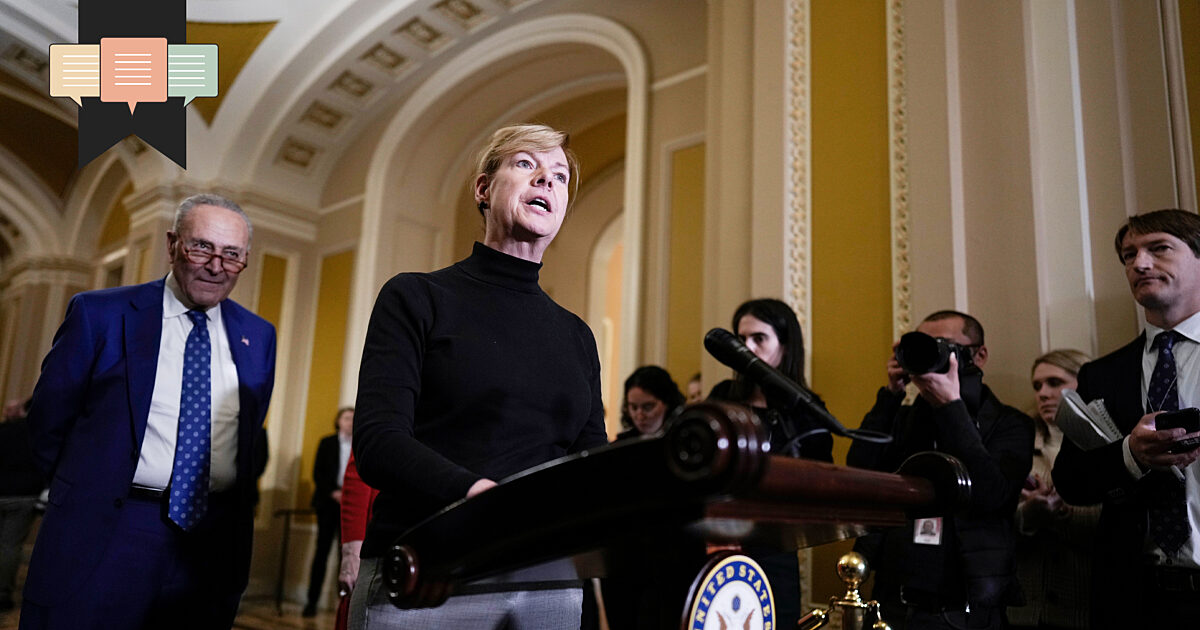 Supporters of the intentionally misnamed “Respect for Marriage Act” (which removed a significant procedural hurdle in the Senate earlier this week) dismiss the undeniable harm the bill will inflict on countless Americans if it becomes law . On top of that, they’re calling for this bill actually advances religious freedom. Bullshit.

The core of the RFMA’s purported religious freedom protections is Article 6(b). Supporters of the RFMA claim that it offers places of worship and other non-profit religious organizations outright protection from having to help perform same-sex marriages. And they say it’s a significant step forward in religious freedom.

None of these assertions hold.

First, the “protection” of Article 6(b) relates to one of the few contexts where same-sex marriage (and accompanying sexual orientation laws) doesn’t created problems of religious freedom. Laws are simply not used to force places of worship to perform same-sex marriages. In his 2018 Masterpiece pastry ruling, the Supreme Court said it would violate the First Amendment.

Same-sex marriage has been legally recognized since 2015. The number of cases challenging the refusal of a religious organization to organize a same-sex marriage? Our research turned up… zero.

Second, in addition to this seemingly never-present scenario, this is a context in which existing legal protections (such as the First Amendment and analogous state constitutional provisions) are entirely adequate. No reasonable person thinks the government could get away with forcing places of worship to hold same-sex weddings. So if activists ever try to force churches to organize and hold such ceremonies, they won’t need the RFMA to win their case.

Third, the RFMA does not work as its supporters claim. Proponents confidently assert that Section 6(b) protections are absolute. But the entire subsection of the bill is qualified by the phrase “in accordance with the First Amendment.” Judges can use this language to conclude that this provision is no more protective than the First Amendment, which means the bill does nothing.

RFMA supporters also tout section 6(a) of the bill, which states that the law will not be read to diminish existing legal protections (such as the Religious Freedom Restoration Act and the First Amendment). .

It hardly deserves praise. It simply means that the RFMA crosses the very low bar of being better than the pernicious Equality Act, which strips Americans of their rights under the Religious Freedom Restoration Act. And to say that “the First Amendment is still available” is hardly any kind of generous concession to religious freedom, given that Congress (thankfully) doesn’t have the power to repeal the First Amendment in the first place. After all, the Biden administration is now asking the Supreme Court to interpret the First Amendment to allow governments to compel people to express views on marriage contrary to their faith.

In the negotiation that generated the Senate replacement version of the bill, Democrats gave nothing away. The Republicans won nothing. Forgive us if we withhold our applause.

The fragility of the RFMA’s religious liberty “protections” is compounded by the bill’s utter failure to address the real and serious problems facing religious Americans as a result of Oberefell.

Currently, government officials across the country, including the Biden administration, are arguing in court that individuals and religious organizations who love and work with people from all walks of life should face civil penalties and criminal charges if they do not give up their beliefs on this issue. . Faith-based adoption and foster care agencies are denied the ability to serve children in need. States deny parents equal support if they choose religious schools with “bad” views on marriage. Governments force gospel rescue missions to hire people who deny the gospel.

The RFMA does not address any of this. Rather, it fuels hostility toward Americans who hold beliefs about marriage rooted in honorable or philosophical premises.

It imposes a new obligation to recognize same-sex relationships on religious organizations that work closely with the government. It creates new tools for progressive activists and the Department of Justice to enforce this obligation. This gives the Internal Revenue Service a new argument to revoke the tax-exempt status of nonprofit religious organizations. This makes religious liberty and free speech cases more difficult to win by increasing the federal government’s interest in same-sex marriage.

And why? The bill does not provide any protections or benefits that same sex couples do not already have. The Supreme Court assured the country in the Dobbs decision (cancelling Roe vs. Wade) that it does not intend to cancel the Oberefell decision establishing a right to same-sex marriage. No state is trying to get the Supreme Court to reconsider its decision.

We can only hope and pray that senators who voted to end debate on the Respect for Marriage Act will reconsider their position before voting on the bill itself. Better to acknowledge a mistake than to allow this destructive proposition to become law.