NUR-SULTAN – The five-meter-tall Tree of Peace will be built at the capital’s Peace and Reconciliation Palace as a symbol of the upcoming Seventh Congress of World and Traditional Religions, scheduled for September 14-15, reported the Khabar television channel on 8 September.

The tree reflects the concept of the congress: the roots represent the history of the people, the trunk represents universal human values, and the branches represent the multilateral development of inter-ethnic relations.

Besides the tree of peace, four creative projects, including three exhibitions and a steppe digital video installation of panoramic views of the country, will reflect the mood of the platform in the palace. 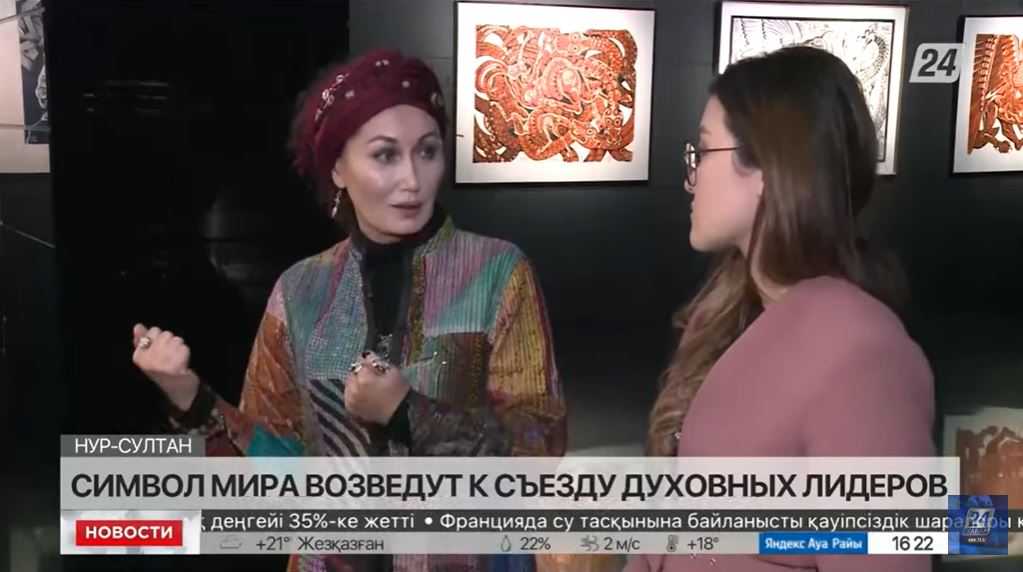 The fragment of the report of the Khabar TV channel, where Makhat talks about exhibitions.

“Such artistic linoleum, which Baimen uses to create his compositions, does not exist. Therefore, Baimen uses ordinary linoleum. He freezes it to prevent the knife from slipping and wearing out,” Makhat said.

The capital’s akimat (municipal government) Planning Center recently announced plans to complete construction of the Peace and Reconciliation Park along the Esil River by 2023.

The Tree of Life monument will be the focal point of the park. It will be in the shape of a dome with an oak tree in the center, surrounded by a spiral and a fountain. Delegates to the upcoming convention will help lay the groundwork for the future park dedicated to the Seventh Convention of World and Traditional Religions. 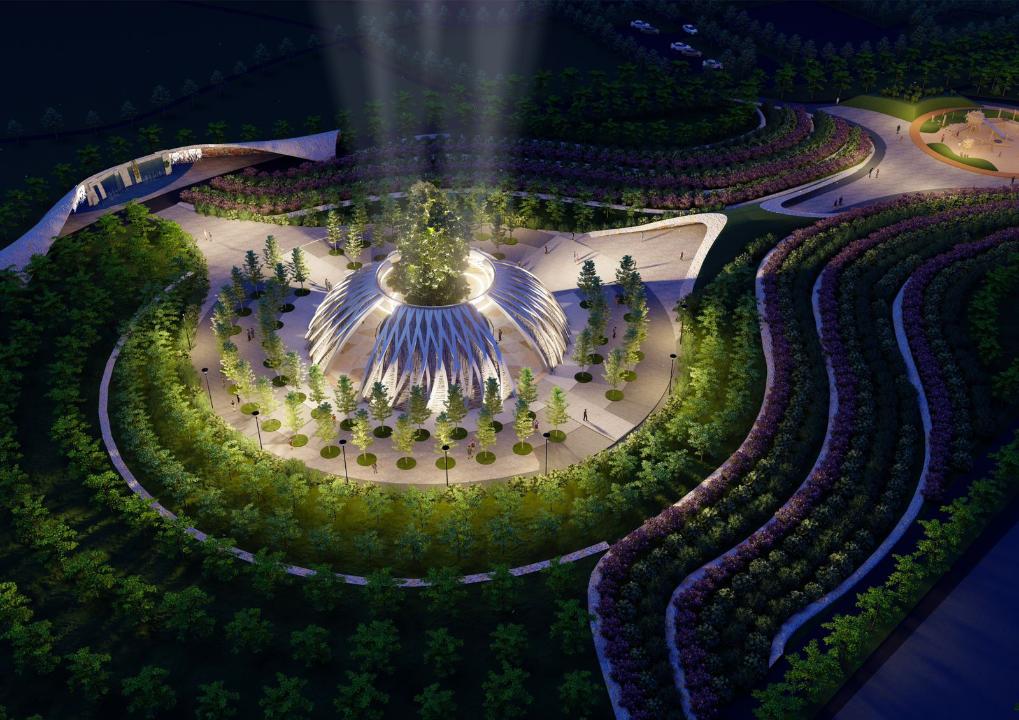 “The installation encourages all people, regardless of their religious beliefs, to live in love, peace and friendship. The dome represents the whole world under one sky. It will have four entrance areas, each representing one of the four cardinal points (South, North, West and East),” the statement from the capital’s administration said.