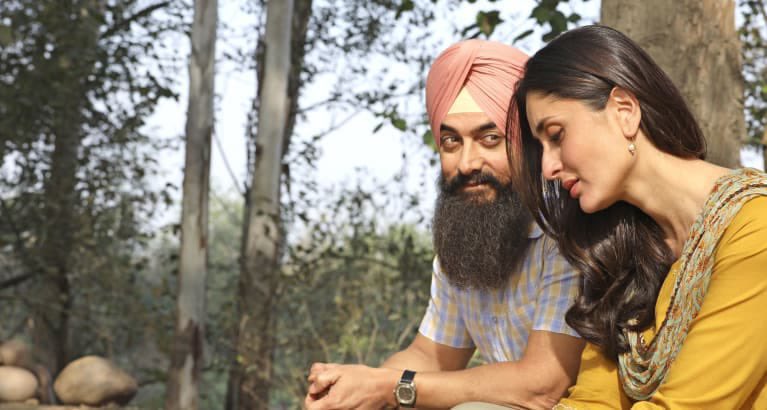 Have the religious feelings of the people of this country become too weak and are they hurt by every little or big thing? Or have we started to look at an artist only through the prism of his religion?

The next film by actor Aamir Khan, Laal Singh Chaddha, is the latest to be targeted by some people who have launched a campaign on social media, calling for his boycott, with hashtags like #boycottlaalsinghchaddha or #boycottaamirkhan.

All because back in 2015, the actor had in an interview expressed the apprehensions of his then wife, Kiran Rao, in the face of the rise of religious polarization in the country. It had snowballed into an orchestrated controversy that even led to the actor being kicked out of a few ads as a brand ambassador. Even his films were not allowed to be screened in certain cities by Hindutva outfits.

This time, to prevent his film from being targeted again, Aamir Khan started by playing it safe. According to a report in Scroll.in, he said, “I really love India… That’s how I am,” adding, “It’s kind of unfortunate if some people feel that way. I want to assure everyone that this is not the case, so please don’t boycott my movies, please watch my movies.

The popular actor, who has many fans, has received a lot of support from people who have spoken up to defend him on social media.

It is not the first time that an artist or a film has come up against the opposition of a section in our country.

Feelings are a subjective matter. So who decides when and what feelings are hurt? Or is it another way to stir up communitarianism and hide behind “hurt religious feelings”? The country has seen how a “Hate Palace” has been built in the country over the past few years.

In 2015, the famous Pakistani ghazal singer Ghulam Ali had to cancel his concert due to Shiv Sena protests in Mumbai.

In 2017, Kailash Vijayvargiya, a leader of Madhya Pradesh’s ruling Bharatiya Janata (BJP) party and national general secretary of the party, called on people to oppose actor Shahrukh Khan and not watch his film, Raees.

In 2018, due to opposition from Bharatiya Janata Yuva Morcha, the youth wing of BJP and some other right-wing organizations did not allow acclaimed actor Naseeruddin Shah to inaugurate the Ajmer Literature Festival.

Recently, International Booker Prize winner Geetanjali Shree faced similar opposition in a an event in BJP-ruled Uttar Pradesh. A complaint was filed against her and the organizers, alleging certain “reprehensible” remarks, after which the writer withdrew from the show.

Recently, a nude photo of actor Ranveer Singh also hurt the feelings of “some” people.

Over the years and across the world, when we talk about art, we see an artist as an artist/creator, regardless of religion, caste, language, gender, class or race. region.

But currently in India, an artist’s religious beliefs are being targeted by a section of the population under the pretext of “hurt feelings”.

And in this game of “hurt feelings,” the ruling BJP and its leaders are adopting double standards. For example, a recent movie, The Kashmir Files, which depicted hatred towards people from a particular community and was used by the right to inflame communal tensions, was promoted by both Prime Minister Narendra Modi and Home Minister Amit Shah. The film was even zero-rated in many BJP-ruled states.

The Minister of the Interior urged people to watch the film to see how atrocities and terror gripped the Kashmir Valley “during the reign of Congress, even though the film actually depicts events that began when a government led by the BJP was in power in the Center.

According to a NDTV report, endorsing the film, the Prime Minister said that these films “reveal the truth” and

Claimed there was a “conspiracy” to discredit him. Speaking at the BJP parliamentary party meeting in Delhi, Modi also slammed the film’s critics saying, “The whole never (gang) who raised the free speech flag has been furious for 5-6 days. Instead of critiquing the film based on fact and art, there’s a plot to discredit it.”

While it has become a trend these days for “religious feelings to be hurt” in order to either harass a film or an actor and polarize the country, a new phenomenon is that politicians are promoting certain films. and actors hosting “apolitical“Interviews with politicians.

Incidentally, “hurt feelings” aren’t just one-sided. Recently, singer Farmani Naaz came under heavy criticism from a Muslim cleric, who claimed her work was “un-Islamic”, claiming that “singing and dancing are forbidden in Islam”, according to a report published in First post.

In 2017 there was a fatwa against the Assamese singer Nahid Afrin and in 2005 the Indian tennis champion Sania Mirza also faced issues regarding his sportswear.

All these incidents show how part of the population has started to look at art and artists through the prism of religion, thus adding more fuel to the fire of communal polarization in the country.

Every day we hear about incidents of violence against a particular community, the saffronization of education, the sealing off of a school in Kanpur for organizing multi-religious prayers, including an Islamic prayer, cow vigilantes attacking people, among other such violence.

According to a Reuters report, 28 Indians – including 24 Muslims – have been killed and 124 injured since 2010 in cow-related violence.

In such a community-polarized scenario, calls for boycotts of films, books, actors, artists, etc. are they just a matter of “hurt feelings” or is there some sinister purpose behind it all?