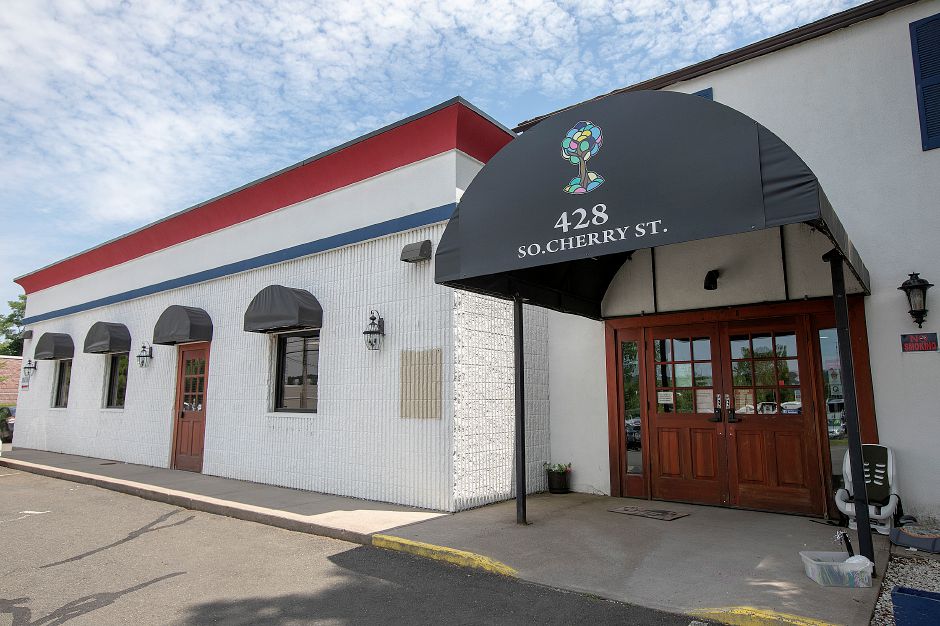 WALLINGFORD — Nine local places of worship have come together to address food insecurity by hosting a citywide “Unity in Faith” food drive for Master’s Manna Pantry. The event will take place on September 17 from 10 a.m. to noon. Residents can drop off donations at any of the participating congregations.

“I can’t wait to get there on Saturday and see all the cars arrive around the same time and see how much food we’ve collected,” Wallace said.

Donated items will be delivered to Master’s Manna the same day. Pantry manager Sue Heald said all donations would be on the shelves by Monday.

“Summer is usually a time of low food drives and with the kids going back to school the demand is increasing,” she explained. “It comes at the right time for us.”

The Connecticut Food Bank reports that more than 490,000 people in the state were food insecure in 2019. Wallingford had a food insecurity rate of 10%, which equates to 4,400 people.

In addition, Food prices are 11% higher than last year due to inflation.

Heald estimates that Master’s Manna currently serves more than 300 families per week and expects that number to grow as the economic effects of the pandemic continue and inflation worsens. She said that every person or family who comes to the pantry leaves with at least one basket of food.

“We have storage space, but very little on our shelves,” Heald said. “Food that enters through one door exits through the next door.”

Heald explained that their biggest needs include canned protein, peanut butter, jelly, breakfast cereals, canned pastas, soups and sauces. They will also accept fresh produce but prefer non-perishable produce as it has a longer shelf life.

Heald doesn’t know how much food will arrive this Saturday, but knows it will have a huge impact regardless. Many participating congregations are regular donors, with some having donated up to 600 pounds of food in the past.

Mary Ellen Connell, a member of the food drive committee at St. Paul’s Episcopal Church, stressed that no donation is too small.

“You don’t have to do much more than just buy a few extra items from the grocery store,” she explained. “It’s amazing how every little contribution ends up having a big impact.”

She said St. Paul’s monthly food drive generates up to 500 pounds of food for Master’s Manna.

The “Unity in Faith” food drive concept was created and executed by longtime members of the First Congregational Church, Wallace and Folk-Barron, to help address food insecurity.

Wallace said their congregation began running monthly giving drives in June 2020 to support the Wallingford community as everyone adjusts to life in a pandemic and economic downturn. Many other places of worship also began holding monthly fundraisers around the same time.

Earlier this year, Wallace and Folk-Barron were approached by another congregation seeking to donate surplus cans of soup they had previously collected. This interaction sparked the idea of ​​a city-wide food drive with all places of worship participating in the fight against food insecurity in Wallingford.

“Together we can make a big difference and make things better for someone instead of just working on our own,” Wallace said. “[If] we can bring everyone together, we can get a lot more food and benefit a lot more people.”

Over several weeks, Wallace and Folk-Barron contacted many places of worship in Wallingford and slowly rounded up their food drive hosts.

Although most of the participating congregations are of the Christian faith, Folk-Barron explained that it was essential to reach out to all religious leaders in the community and find commonalities through acts of service.

“I think all faiths, all denominations, all religions really work in service to their community and ultimately seek that connection and collaboration with others,” she said.

Folk-Barron also said it’s not too late to join the mass food campaign.

The two coordinators hope to continue collaborating with the other congregations after the campaign.

“Any opportunity we have to join forces … and pool our resources, energy and efforts can only help to strengthen the community,” Folk-Barron said. “These connections are so important as we go through these difficult times to be able to lean on each other for inspiration, energy and service.”

Health equity reporter Cris Villalonga-Vivoni is a corps member of Report for America, a national service program that places reporters in local newsrooms. Support the RFA reporters at the Record-Journal with a donation by clicking here https://bit.ly/3dtcJdS. To learn more about RFA, visit www.reportforamerica.org.

Religious persecution is closer to home than most Americans think