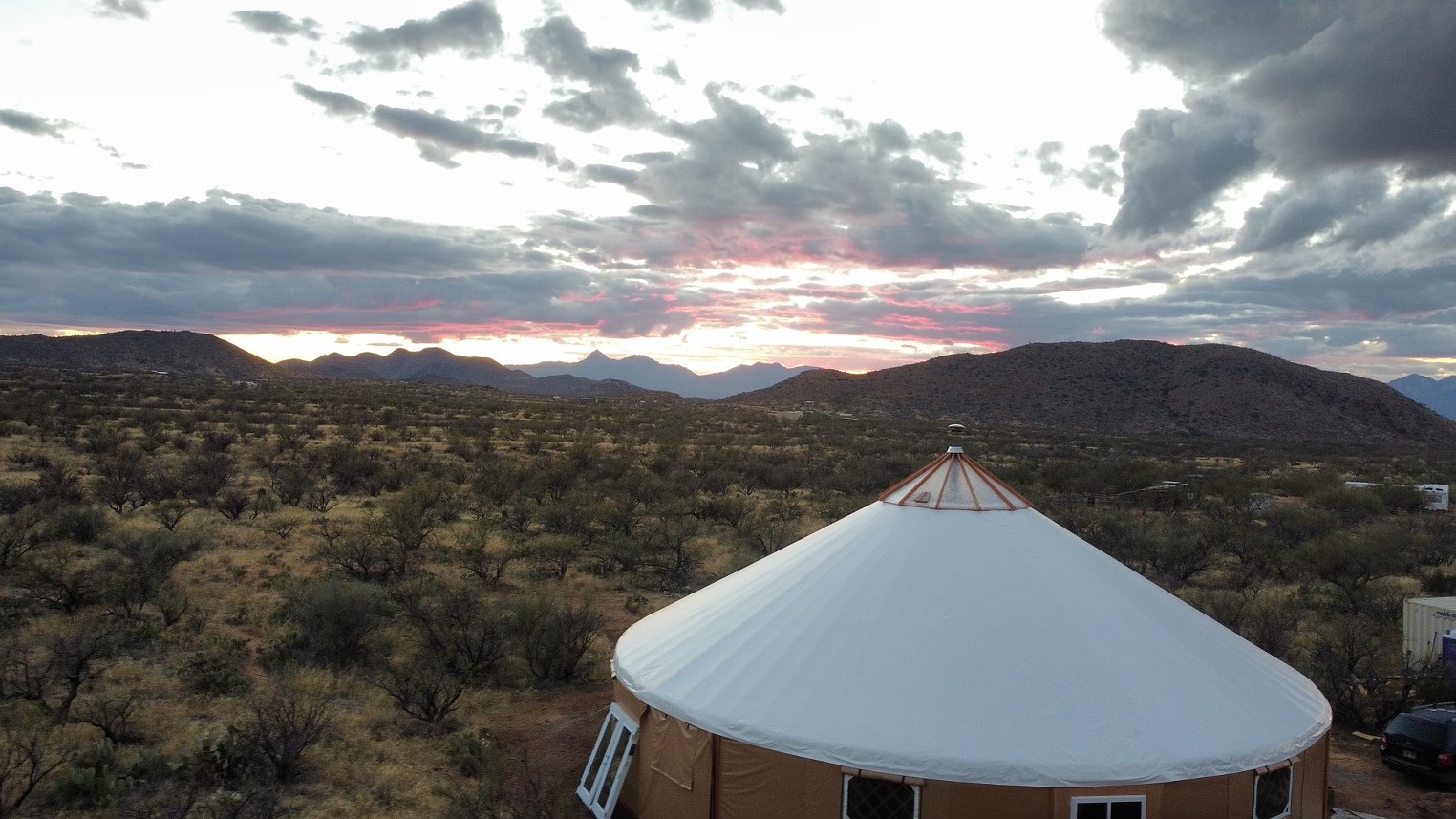 Church of Phoenix sues DEA for seizures of religious Ayahuasca

The Church of the Eagle and the Condor, a religious congregation in Phoenix, takes its name from a prophecy originating in the Andes of Peru, which predicts a cultural unification of North and South America.

In fulfillment of this prophecy, they say, church members drink ayahuasca, a hallucinogenic brew from South America. The drug, which has a long history of religious use, induces intense visions and hallucinations when ingested.

In the past two years, however, shipments of ayahuasca from the Church of the Eagle and the Condor have been seized by the US Department of Homeland Security, which claims the drug is contraband. The small community has been threatened with federal prosecution.

This month, the church began a legal battle over the seizures, aiming to become one of relatively few ayahuasca churches nationwide to gain legal recognition from the US government.

On June 9, attorneys for the Church of the Eagle and the Condor filed a lawsuit in federal court against the Drug Enforcement Administration and U.S. Customs and Border Protection, as well as its parent agency, DHS, for confiscations and warnings from federal agents about possible escalation. These actions constituted a “substantial burden on [the church’s] exercise of their religious beliefs,” the church’s attorneys argued. The government has yet to respond to these allegations in the pleadings.

The Phoenix place of worship is now the newest of a number of ayahuasca churches in Arizona that have, over the past two years, been fighting for legal status. A Phoenix church filed a similar complaint just over a year ago. He claims that the US government, in its efforts to clamp down on the entry of drugs into the country, is circumventing long-held religious freedoms.

One, the Vine of Light Church, also based in Phoenix, has been the subject of a Phoenix New Times last fall, which looked at a drug raid of that church by a federal task force, and the church’s lawsuit against the DEA that followed. Another church, in Tucson, is still fighting for legal recognition from the US government after its own ayahuasca was seized.

The Church of the Eagle and the Condor was founded, in part, “to help protect our sacred right to use ayahuasca,” physician and church founder Joe Tafur explained in a statement. podcast last year. Tafur, from Phoenix, is Colombian-American and works in naturopathic medicine. He calls himself an “ayahuascero”, having studied for seven years the traditional uses of the beverage in the jungles of Peru.

Tafur declined to comment for this story, saying he was directing questions to his attorneys now that the lawsuit had been filed. But he has been a strong advocate for religious freedom for ayahuasca congregations, many YouTube videos and material on the church website to specify.

Joe Tafur, founding member of the Church of the Eagle and the Condor, talks about his experience with ayahuasca in 2015.

The legal status of Ayahuasca in the United States is complex. That’s because the brew is made from several plants native to the Amazon basin, which when cooked together activate the hallucinogen N,N-dimethyltryptamine, or DMT. Under the Controlled Substances Act, DMT is illegal. But other US-based congregations – including New Mexico-based União do Vegetal and Santo Daime churches in Oregon – have won legal battles arguing that their religious use of ayahuasca is protected. by the law on the restoration of religious freedom.

These successful lawsuits, however, did not protect other ayahuasca churches from seizures or lawsuits. As new times reported last year, Clay Villanueva – the late leader of the Vine of Light church – was raided and jailed in 2021 for his possession of ayahuasca (although he also faced other drug charges, for sale of pot and for possession of psilocybin mushrooms).

The Church of the Eagle and the Condor had its own ayahuasca seized by CBP in September 2020. The church had ordered a shipment from Peru, and it was confiscated in transit, in Los Angeles. At that time, the church had been operating for about two years, holding virtual talks, ayahuasca ceremonies, and other gatherings at various Phoenix-area locations, including a community center in Mesa that it rents. . It doesn’t have a single brick-and-mortar location.

The 2020 seizure — and an accompanying warning that fines or criminal charges could be pending — had a “chilling effect on church members engaging in their religious practices,” said Gilbert Carrasco, l one of the lawyers working with the Church of the Eagle and the Condor on his case. This amounted to a violation of the RFRA, he said, which prohibits the government from burdening a religious practice.

Carrasco, along with co-lawyer Jack Silver, has worked on high-profile ayahuasca cases before, including the landmark Santo Daime case in Oregon, which began in 2008. In this case, a small branch of the Oregon of Brazil’s Santo Daime Church, which ritually uses ayahuasca, had a shipment seized. Its religious leader was arrested. The church sued the federal government and won its lawsuit, which was upheld by the Ninth Circuit Appeals.

“Mr. Silver and I are helping this church and this congregation in Arizona now,” Carrasco said. new times Last week.

It turns out that the seizure of the Church of the Eagle and the ayahuasca of the Condor in 2020 was part of a wave of seizures of ayahuasca shipments that year – which included the Vine of Light in Phoenix and the Arizona Yagé Congregation, a church based in Tuson.

Tafur, in a May 2021 video, described “very many reports” of seizures from this period. The other two churches in Arizona confirmed in court documents that they suffered foreclosures at the time. Charles Carreon, the attorney for Villanueva and AYA, said he believes the spike in seizures was due to the implementation of a new means of drug testing by CBP that occurred in all the countries.

According to the Church of the Eagle and the Condor lawsuit, the US government for two years ignored most Freedom of Information Act congregational requests regarding ayahuasca seizures. calls from new times to the Department of Homeland Security press line went unanswered.

“CBP,” according to the church’s complaint, “engaged in a pattern and practice of seizing and destroying countless other shipments of sacramental ayahuasca that have entered the United States since 2020.”

In addition to legal recognition, the church wants to know more about the foreclosure process, Carrasco said. “When the church had its ayahuasca seized, [CBP] didn’t tell them they were going to do it. They did not explain why. They gave them no opportunity to challenge the seizure. And they destroyed the sacrament in a sacrilegious way,” Carrasco said.

The stakes for the church are high. In the fall of 2021, Maricopa County prosecutors charged Villanueva, leader of the Vine of Light Church, with his possession and use of ayahuasca. This, despite the fact that he used it for religious ceremonies and was a board member of the North American Association of Visionary Churches, which represents congregations that use ayahuasca in religious rituals. .

As a result, Villanueva was imprisoned for several weeks in August 2021. His time in prison adversely affected his health. Months before, he had been diagnosed with lymphoma and was treating himself with holistic medicine. The prison sentence made his condition worse. Once Villanueva was released, with an ankle monitor and a parole officer, he never restarted the ceremonies.

“The DEA destroyed this church,” said Scott Stanley, founder of the Tucson Ayahuasca Church, the Arizona Yagé Assembly. “It affected his entire congregation.” Some of the Vine of Light worshipers had flocked to the church in Stanley or others in Arizona, he said. Others had fainted.

Villanueva died of cancer on April 1, leaving behind his wife and son, and a grieving congregation. Just this Saturday, the church in Stanley held a memorial service for the pastor. An ayahuasca ceremony was organized in his honor.

The county has since dropped all charges against Villanueva’s wife, Cecilia, who was named a co-defendant in the case. But Villanueva and her church are gone now.

Yet if the Church of the Eagle and the Condor is any proof, the religious use of ayahuasca has not diminished in Phoenix.

“Despite the threats…the Church and its members continue to import, possess and use their sacrament, and have no intention of stopping doing so,” the attorneys for the church wrote. Church in the lawsuit.

A key part of the church’s fight for approval will be proving in court that it is, in fact, using ayahuasca as part of a religious practice. In Villanueva’s case, it was more of a gray area. While Villanueva clearly held religious ceremonies — and was considered a spiritual leader — there were indications, based on text messages obtained by Maricopa County deputies, that he was also selling ayahuasca to other practitioners. .

The Church of the Eagle and the Condor, its lawyers claim, is scrupulous about its drug use and is a devout community. “They keep a very strict inventory of ayahuasca. Only board members have access to it. And it’s not available to non-church members at all,” Carrasco said. The church had a “faith-fusing belief system,” in which ayahuasca was the “deep and primary voice of Mother Nature and Divinity,” the attorneys wrote in the lawsuit.

“They are very dedicated and very pious,” Carrasco said.

For the church, the legal road ahead is probably a long one. The AYA of Tucson, which filed a lawsuit jointly with Villanueva and her church in 2021, has been waiting for a resolution on the case for more than a year. Although Villanueva and the Vine of Light are no longer part of the deal, it looks like AYA is nearing a successful end. Just last week, the DEA agreed to begin settlement talks.

“We’re here for the long haul,” Stanley said this week. “We hope that within three to six months we will have an agreement in place.”