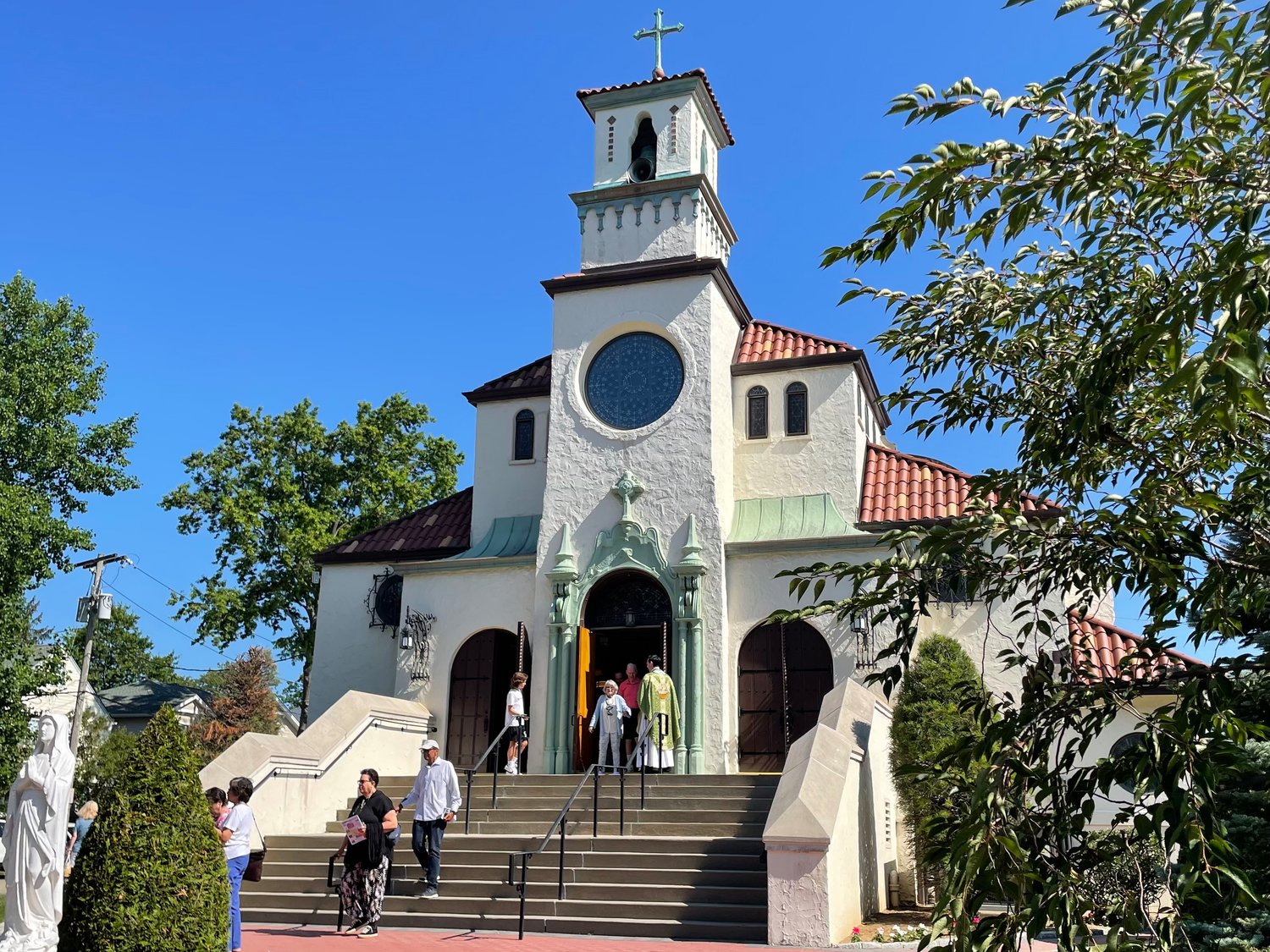 Church leaders in Malverne and West Hempstead had differing views on the June 24 U.S. Supreme Court decision to overturn Roe v. Wade, the constitutional right of women to have an abortion.

The Roman Catholic Diocese of Rockville Center met the high court’s decision with approval. “The overturning of Roe v. Wade corrects a grave injustice that has resulted in the death of over 60 million innocent, pre-born lives and caused an avalanche of devastation to families, the dignity of women and our culture,” Bishop John O. Barres of the diocese said in a written statement.

The Reverend Jim Stachacz, of Our Lady of Lourdes Catholic Church in Malverne, echoed Barres’ sentiments. “I’m grateful to God that the Supreme Court made this decision,” Stachacz said. “This will help save countless innocent children who have yet to see the light of day.

“Most of the parishioners I spoke to were very happy with the decision,” he added. “There are some who are unsure or wondering, especially those who have had an unexpected pregnancy which is impacting their family, which I understand. But overall, I would say the reaction was affectionate and tempered.

Stachacz also recognized the need to help parents dealing with unexpected or unwanted pregnancies. “We need to be committed to helping not just at birth, but throughout life, especially in the early years,” he said.

He called for the expansion of support groups for single mothers and praised the Life Center of Long Island, a pregnancy resource center with four locations on Long Island.

However, Protestant Christian groups reacted with dismay to the Supreme Court’s decision.

In an online statement, Bishop Michael Curry of the Episcopal Diocese of Long Island said, “Although like many I anticipated this decision, I am deeply saddened by it. I have been ordained for over 40 years and have served as a pastor in poor communities; I have witnessed first hand the negative impact this decision will have.

Rev. Janice Moore of Malverne Community Presbyterian Church said she viewed the decision with concern. “As a Christian, we are called to take care of the least of them,” she said.

“Some argue that the least of them is the unborn child, but I believe in a wider net. Teenage girls who end up pregnant, women suffering from depression and victims of rape, I count among the least.

“I support that women can choose whether or not to carry a pregnancy to term,” Moore added. “I also support mechanisms to make it easier for women to choose maternity. While we want to make the decision to get an abortion as rare as possible, we need to make sure it remains safe and accessible. The Presbyterian theologian George Hendry put it bluntly: “That by forcing a woman to give birth, she is reduced to an incubator, and not to a person created in the image of God.

Acting pastor Marianne Tomecek of St. Andrew’s Evangelical Lutheran Church in West Hempstead also expressed concern for women’s health in the wake of the ruling. “My concern is for all women who need procedures called abortions, such as the termination of ectopic pregnancies and other situations where the person’s life is in danger,” she said. “These situations can be life-threatening, and this ruling, along with laws enacted in various states, ignores all of that.”

Rabbi Art Vernon of Congregation Shaaray Shalom in West Hempstead drew distinctions between his legal and religious views on the issue of abortion. “They sent him back to the States and I’m in favor of that,” Vernon said. “This should never have been a federal issue. I understand why it was done at the time, but I think it was overkill.

“Jewish tradition allows abortion if there is a physical threat to the life of the mother,” he added. “More liberal congregations often extend the threat to the mother beyond the physical. If I had my junkies, the only abortion regulations would be for health and safety reasons. I think the decision is up to the women, their doctor, their family and their religious leaders if the woman wants it.

Although there is no longer a federal right to abortion, state legislators retain control of abortion policy. On July 1, the New York State Legislature passed a proposed Equal Rights Amendment to the State Constitution, which would guarantee the right to abortion. To be fully passed, the amendment will need to be approved again by the next elected legislature and then approved by voters in a referendum.