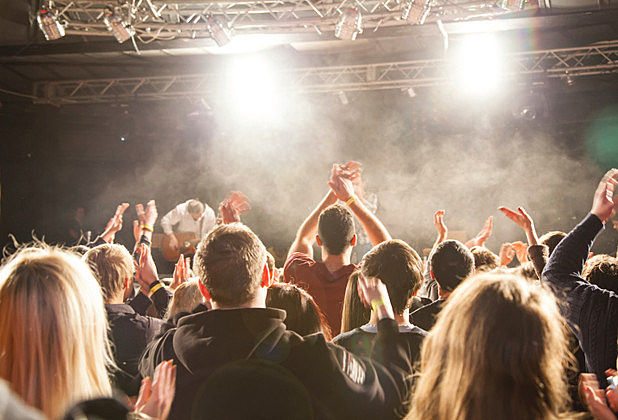 A list of convicted and alleged sexual predators that Southern Baptists have kept secret for years includes 12 religious sex offenders, who worked for various churches in New York State. The instructions on the list, which was published in the Washington Post.

The database, which an SBC lawyer says includes people who have had criminal convictions for abuse and those who have confessed to abuse, is expected to show what top leaders knew behind the scenes while telling Baptists in the South that they could not create a list of accused abusers because the denomination is not hierarchical and the churches operate independently of each other.

1. Pastor William Johnson Jr. of Calvary Baptist Church in Ithaca, NY, was convicted of statutory rape of a 13-year-old girl in 1995.

The Round. William Johnson Jr., was released from duty after being convicted of statutory rape of a 13-year-old congregation member.

2. In 2003, an anonymous New York pastor was arrested for third-degree sexual abuse, forcible touching, and endangering the well-being of a 16-year-old girl. He pleaded not guilty to the charge.

3. In 2003, David Gardiner, the pastor of Liverpool Baptist Church in Liverpool, NY, was arrested for abusing a girl under the age of 11. Gardiner was arrested and charged with molesting two children.

4. In 2005, David J. Troup, the former pastor of Borden Baptist Church in Woodhull, NY, was sentenced to 12 years in prison followed by 8 years of post-release supervision. He also had to register as a sex offender for abusing a 12-year-old boy and two 10-year-old boys.

Troop has been caught last August after someone called the state child abuse hotline. He was then arrested in October for sexually abusing three boys under the age of 13 in 2005 and 2006 at Borden Baptist Church in Woodhull where he was a pastor.

5. A 27-year-old former choir member, Patrick Newsome Jr., was convicted of sexually assaulting a 10-year-old girl in 2006. He worked for First Centennial Baptist Church in Buffalo, NY. He was sentenced to two years in prison.

A jury found Newsome guilty of three counts of first-degree sexual abuse for the June 2006 incidents at First Centennial Baptist Church, but not guilty of raping a 9-year-old girl while allegedly alone with her in her mother’s house, Glenwood Avenue.

6. In 2009, Jeremy Fulton, a youth minister at Mariner’s Temple Baptist Church in New York City, pleaded guilty to rape. He was sentenced to 22 years in jail. Manhattan District Attorney Cyrus R. Vance Jr. said in a statement that Fulton,

used his position of authority and respect as a member of the clergy to gain the trust of parents and access to children in order to sexually abuse these girls”, who were between 10 and 16 years old when they were been assaulted.

7. Pastor Phillip Joubert of Community Baptist Church in Bayside, NY, was sentenced to five years in prison for sexual abuse in 2009.

Round. Phillip Joubert, who was sentenced to five years in prison on Thursday for sexually abusing his then 13-year-old daughter two years ago.

Parks has been accused of downloading child pornography onto a computer in his church office in July 2008. Federal Immigration and Customs Enforcement cybercrime unit tracked Parks as he used his credit card to buy child pornography.

9. The son of the pastor of Hedstrom Memorial Baptist Church in Buffalo, NY, Caleb Sexton, has been arrested for the sexual assault of a 13-year-old girl.

https://www.wivb.com/news/crime/son-of-pastor-local-basketball-coach-pleads-guilty-to-a-sexual-act-with-a-13-year-old/local 28 -year-old who used his church connection to develop a relationship with a 13-year-old pleaded guilty to engaging in a sexual act with her. Cheektawaga police arrested Caleb Sexton on September 26, 2014 and charged him with assaulting the teenager. Nearly a year later, he pleaded guilty to a third-degree felony sex act charge in Erie County Court.

10. In 2015, Pastor Thomas W. Wilson of Smithville Baptist Church in Watertown, NY, pleaded guilty to sexual interference with a 9-year-old girl in 2008. He was expected to be sentenced to 10 years probation and to register as a sex offender.

The the former pastor of the Smithville Baptist Church pleaded guilty in Jefferson County Court on Tuesday to an allegation that he had sexual contact with a 9-year-old girl in 2008. Thomas W. Wilson, 63, of 20560 Weaver Road, pleaded guilty to first degree sexual abuse. He had been charged in January with having had sexual contact with the youth on July 6, 2008 in Sackets Harbor.

11. Siepo Sampson, a music director who worked for Thessalonia Baptist Church in Morrisania, NY, was convicted of third-degree rape of a victim under 17 in 2015. In 2016, he was sentenced to 10 years of probation and had to register as a sex offender.

According at the Division of Criminal Justice Services, Siepo had sex with a 16-year-old girl in September 2015. His victim was not a stranger and was a student from Siepo, according to the Division of Criminal Justice Services. He was arrested by the New York Police Department’s Sex Offender Unit and convicted of third-degree rape of a victim under 17 the following year.

12. In 2019, Benjamin N. Widrick, 24, of Syracuse, NY, interned at Long Hollow Baptist Church
Gallatin Campus in Tennessee. While at church camp, he had sex with a 16-year-old girl.

The The defendant, Benjamin N. Widrick, pleaded guilty in Sumner County Criminal Court to three counts of statutory rape, a Class E felony. See TCA § 39-13-506(b)(2) (2018) . The plea agreement provided for an effective probation sentence of five years, Range I, with the matter of judicial diversion reserved for the trial court to decide. After a hearing, the court dismissed the embezzlement and the defendant is appealing its decision. We affirm the trial court’s denial of diversion.