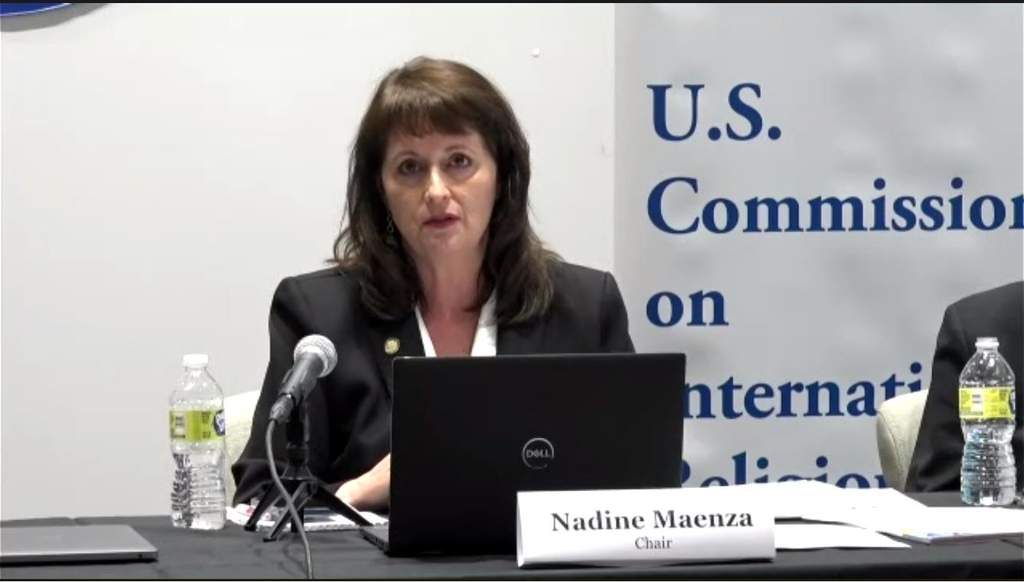 The US Commission on International Religious Freedom (USCIRF) has also called on the State Department to raise human rights issues when negotiating security issues with North Korea.

“In 2021, religious freedom conditions in North Korea remained among the worst in the world,” the commission said in its annual report, noting that religious followers in the country face severe persecution.

“The (North Korean) government attempts to provide an illusion of religious freedom to the outside world through state-supported religious organizations and sites such as Jangchung Cathedral. In reality, religious freedom remains non-existent in North Korea, as authorities actively and systematically target and target religious groups and their followers,” the report added.

The report provides country-specific recommendations to the State Department, which, in turn, produces its own annual report on religious freedom.

The State Department in 2021 designated North Korea as a “country of particular concern” for the 20th consecutive year.

USCIRF recommended the department redesignate North Korea as a country of particular concern and “impose targeted and broad sanctions” tailored to the violation of religious freedom in the reclusive country.

The commission said the United States may consider lifting some sanctions “in return for concrete progress on religious freedom and related human rights.”

Nadine Maenza, head of USCIRF, noted that sanctions alone may not be enough to change North Korea when asked how they could promote religious freedom in the reclusive country.

“It’s not a magic weapon. It’s just one piece of the puzzle in a way that the U.S. government can help encourage religious freedom,” she said during a webinar marking the release of the 2022 report.

Maenza added, “So there are different ways to use sanctions,” noting that the commission also recommends lifting some sanctions when and if the North makes concrete progress toward religious freedom,

The commission also recommended that the U.S. government “integrate security and human rights as complementary objectives into broader U.S. policy toward and in bilateral negotiations with North Korea.”

“These are very difficult situations, and so there are many different ways for the US government to bring religious freedom to the table as it dialogues (holds a dialogue) on security issues and other issues. , and that’s what we encourage them to do,” said Maenza.

To that end, the commission called on the government to “fill and maintain the post of Special Envoy for North Korean Human Rights Issues in the U.S. Department of State,” which has been vacant since January 2017.

He said the special envoy can “promote and integrate religious freedom and human rights into U.S. policy toward North Korea, including by coordinating multilateral efforts in international forums, such as the United Nations, and with the European Union and other like-minded countries.” (Yonhap)

UP government orders removal of illegal loudspeakers from religious places