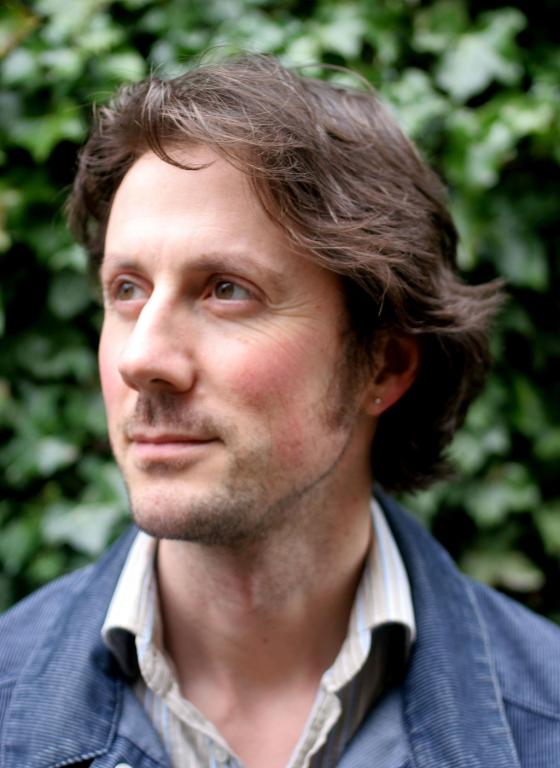 The conversion of a “spiritual but not religious” layman

Yesterday I posted a critique of contemporary culture by Paul Kingsnorth. While trying to find out more about him, I came across his websitewhich includes “an account of my journey from atheism to orthodox Christianity, through Buddhism, witchcraft and other strange twists”.

kingsnorth is an award-winning British novelist, author of the Buckmaster Trilogy, three experimental novels that span from 1066 to the 31st century. He has also published non-fiction books on the environment, globalism and culture.

Last year he was baptized, following his conversion to Christianity. In his test The cross and the machinehe tells how it happened.

He describes growing up in a secular household, where he learned a bit about Christianity at school, but felt that “obviously” it couldn’t be true. He liked to visit church buildings, where he and a friend sometimes wrote blasphemous statements in the guestbook, and he met two types of Anglican curates, the old moralist and, even worse, the pastor of fashionable young people.

He was an atheist teenager, but he felt something transcendent in nature. He became a radical environmentalist. Convinced that human beings need limits, as all religions teach, he decides to try them. It never occurred to him to consider Christianity, which “obviously” isn’t true, on his 40th birthday he went on a meditation retreat in the mountains and turned to Zen Buddhism. It was useful to him, but he realized that he wanted worship. So he joined a Wicca coven, which he says is a pagan nature religion.

Then he had a dream about Jesus. He started meeting Christians, and friends he didn’t know were Christians started talking about their faith. “It went on, for months. Christ on my left, Christ on my right. It was annoying. I turned away again and again, but every time I looked back, he was still there. I started to feel that I was. . . hunt ?”

As he headed for a sorcery ritual, he suddenly felt sick and dizzy. “I had an overwhelming feeling that I shouldn’t enter the temple,” he wrote. “I felt that I was physically prevented from doing it. Someone had staged an intervention. Then during a concert at her son’s music school, “I was overwhelmed by an enormous and inexplicable love, a great wave of empathy, for everyone and for everything. He kept coming and going until I had to stagger out of the room and sit in the hallway outside. Everything was unchanged and everything was new, and I knew what had happened and who had done it, and I knew it was too late. I had just become a Christian.

None of this is rationally explainable, and there is no need to argue with me about it. There’s no point in me arguing with myself about it: I gave up after a while. This does not mean that my faith is irrational. In fact, the more I learned, the more Christianity’s story about the world and human nature fitted my experience better than the increasingly flimsy claims of secular materialism. Ultimately, however, I didn’t become a Christian because I could defend myself. I became a Christian because I suddenly knew it was true. The Angelus that rang in the abyss is now silent, for the abyss has disappeared. Someone else lives in me.

He knew he needed a church and found one in the Romanian Orthodox Church. Here, he says, “I found a Christianity that had retained its ancient core – a faith with living saints and a central ritual of deep and inexplicable power. I found a faith which, unlike that which I had seen as a child, was not a dusty moral model but a mystical path, something ancient and rooted, pointing to a world in which the divine is not absent. but everywhere present.

My description does not do justice to Kingsnorth’s account of his spiritual pilgrimage. Please, read it yourself.

Those who wish to evangelize today’s lay people, especially those who are “spiritual but not religious,” would do well to study this testimony carefully. Notice what Christianity resonates with him and his complete lack of interest in a watered down, liberalized version designed to reach someone like him. But note above all that God himself was hunting him down. We often assume that winning converts is entirely up to us, as if God were not active in creating faith. Yes, Kingsnorth came to Christianity largely by experience, but, as in the book of Acts, these led him to the Word of God and the sacraments, where he found the substance and reality of faith.

I wonder if he or someone like him had stumbled upon a Lutheran congregation, would he find that “ancient and rooted” quality that he found in Romanian Orthodoxy, that “deep and inexplicable central ritual of power”, who should refer to Holy Communion? Lutheranism teaches that Christianity is not a “dusty moral model” and that “the divine is not absent but everywhere present”. Do we pass this on to the “spiritual but not religious,” or are these facets of our heritage what we are covering up in a vain attempt to attract them?

I have yet to read Kingsnorth’s novels, but intend to, although they may reflect the early stages of his spiritual journey. I think I’ll start with the last one, Alexandria, published the year before his baptism. I will report them if I have something to say. Many of his essays are his websiteas well as links to his books, poetry, and Substack subscription.

He is someone to watch, an artist attuned to the 21st century reached by Christ.