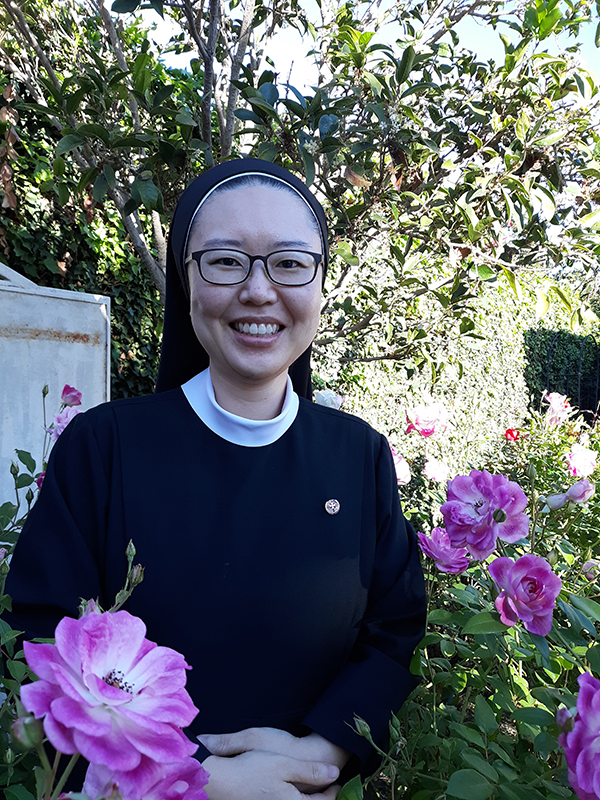 Editor’s Note: This is the sixth article in a “Nun Better” series, which takes a look at the life and service of religious women in the Brooklyn Diocese.

BAYSIDE – Sister Colette Moon, SBKM, was in her early twenties when she was struck by a deep feeling that she wanted to become a nun. But instead of kissing him, she tried to ignore him.

She was about to become a teacher and didn’t want to be distracted from her career goals, she recalled saying, “I was happy with my life.”

Still, the feeling wouldn’t go away. So finally, after many years of resistance, she realized that God was calling her to live a religious life. She took her vows and joined the Congregation of the Sisters of Blessed Korean Martyrs.

The religious community was founded by Father Andrew Yoo Ryong Bang in Korea in 1946. The religious order is named after the Korean martyrs, the 8,000 to 10,000 Catholics who were killed during years of religious persecution in the 19th century.

She is currently the Director of Religious Education at St. Robert Bellarmine Church in Bayside. She has come a long way to get to this point in her life.

Born and raised in South Korea, Sister Colette moved to the United States with her family – her father Gye Song, her mother Myung Hee and her brother Andrew – when she was 19. The Moons settled in Novi, Michigan, a suburb of Detroit. They began attending St. Andrew Kim’s Korean Catholic Church, and it was there, when she attended a religious retreat, that her life began to change.

“In fact, I don’t even remember what I did during the retreat or what exactly happened during it,” she said. “But what I remember is that after the retreat, I felt this joy, an immense joy. And I think that’s when I started to have this desire to become a nun.

Until then, she had never imagined living a religious life.

“All of a sudden, something in my heart started telling me, ‘This is what you want. This is the path you really want to take in life,'” she said.

Still, she tried to resist the feeling. “I pretended that I never noticed my true calling and lived a simple, normal life for years after that retreat,” says Sister Colette.

She earned a master’s degree from Michigan State University and planned to pursue a doctorate. at the University of California at Berkeley. In fact, she had been accepted to Berkeley and intended to become a preschool teacher.

Part of her decision to ignore the vocation came from fear of disappointing her parents. Their dreams for their two children involved financially successful careers.

They had worked hard and sacrificed a lot to give him and his brother Andrew a good life.

But in her early thirties, she decided to follow her heart and joined the Congregation of the Sisters of Blessed Korean Martyrs. At first, her parents were shocked; however, they supported their daughter’s decision.

On the day of her final vows last year, she felt a sense of relief. “I thought, ‘I’m finally here.’ I thanked God for allowing me, giving me permission to be part of our congregation and to be part of his service,” she said.

Her life as a nun was fulfilling. Through the sisters, she has lived in several countries, helping to spread the gospel, including Mexico, Peru and her native South Korea. Here in the United States, she served in California and Texas before coming to the Diocese of Brooklyn.

In February, Sister Colette was appointed Director of Religious Education at Saint-Robert. “I love children. And I’m so grateful to be able to be part of their faith journey,” she said.

Last year, there were 75 children in the religious education program. It is not yet known how many they will have this year because parents are still in the process of registering their children.

St. Robert’s has a large Korean population and Sister Colette enjoys serving as a bridge between the English-speaking and Korean communities in the parish.

Meanwhile, his own education is not complete. The diocese requires directors of religious education to hold a master’s degree in theology. Sister Colette will continue her master’s degree by taking online courses at the Franciscan University.