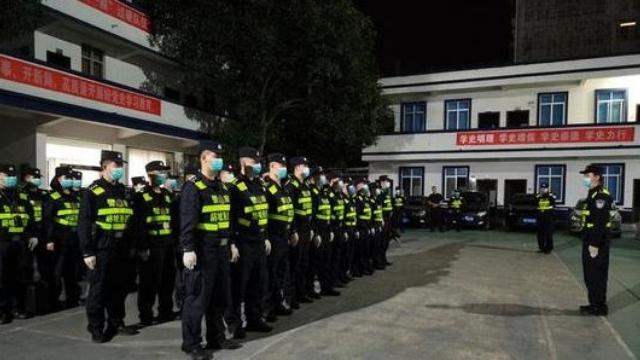 Apparently, the illegal religion has infiltrated Guangxi from Vietnam. In fact, popular religion is also targeted as “superstition.”

In November 2021, Bitter Winter reported on a crackdown targeting religious infiltration from Vietnam in Ningming County, Guangxi Zhuang Autonomous Region. Ningming County is under the jurisdiction of Chongzuo Prefectural City. North of Ningming County is Napo County, which has the longest land border with Vietnam. To the south is the prefecture-level coastal city of Fangchenggang.

While Ningming County has a significant presence of the Mien ethnic minority (recognized by the CCP but under the pejorative old name Yao, meaning “savages”), Napo County is home to large communities of another minority, the Tai language Zhuang. Fangchenggang’s population is 40% Zhuang.

The whole region witnessed a social experiment of forced relocation of villagers to specially designated sites and “model” settlements with stricter control, under the guise of “poverty alleviation”. The economic results are controversial and many villagers are unhappy with the resettlement. As often happens, many seek solace in a religion not approved by the government.

Chongzuo City released a document titled “Notice on Strengthening the Prevention and Management of Anti-Xie-Jiao Work in Relocation Sites for Poverty Alleviation.” It is an interesting text, which shows that one of the results of the relocation policy has been the revival of “illegal” forms of religion. As readers of Bitter Winter know, xie jiao, sometimes translated as “cults,” refers to teachings and groups that authorities consider “heterodox” and ban.

Villagers from the “relocation sites” and Napo County, where the Border Patrol is conducting a major operation against alleged infiltration of illegal religion from Vietnam, however, told Bitter Winter that, as is often the case, the concept of xie jiao is widely interpreted.

We were told that religious movements that worship the deified folk hero Nong Zhigao in different ways have also been harassed and told to keep a low profile. Nong Zhigao was a king who at the 11and century fought for the independence of Zhuang against Vietnam and China. His cult is widely tolerated in Vietnam but has always been viewed with suspicion by Chinese authorities as potentially fueling Zhuang separatism.

After the end of the Cultural Revolution, local scholars and CCP officers in Guangxi argued that Nong Zhigao was a true folk hero who fought against the rich and protected the villagers, and that his worship should be allowed. (although, at the same time, the Chinese Song dynasty generals who ruthlessly crushed Nong’s dream of independence are also honoured).

There are also syncretist Zhuang movements which combine the worship of Nong Zhigao with other religious themes. While the CCP certainly understands that a full-scale attack on the figure of Nong Zhigao would create unrest among the Zhuang, President Xi Jinping’s continued calls for more control over religion and the crackdown on “superstition” also affect centuries-old folk religious practices.

Explained: Harmonium in the Sikh religious tradition and why Akal Takht wants it removed from the Golden Temple