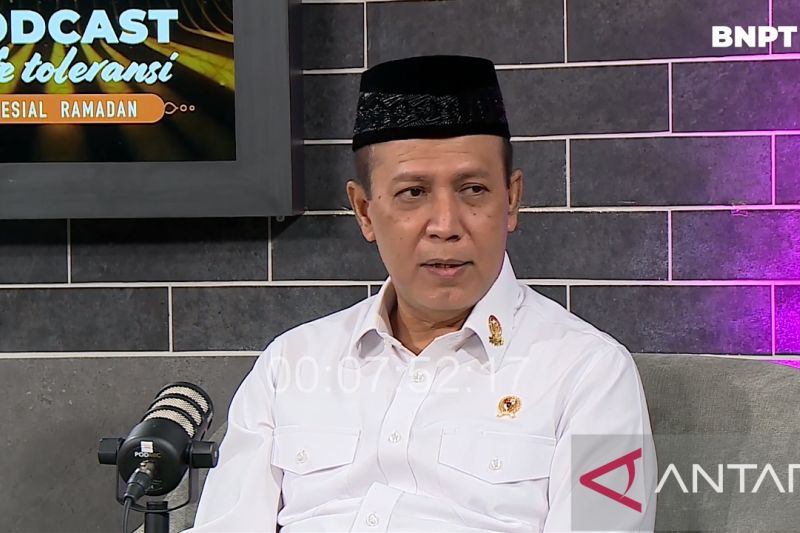 Religious fanaticism must not monopolize the truth: BNPT boss

Jakarta (ANTARA) – The head of the National Counterterrorism Agency (BNPT), Boy Rafli Amar, has reminded the public not to use religious fanaticism as a tool to monopolize the truth in an effort to prevent the separation.

“Fanaticism towards religion is acceptable. However, it is important not to monopolize the truth and blame the other,” Amar said during the online discussion titled “Monopoly of truth and religious fanaticism”, Saturday.

Amar later explained that religious fanaticism without monopolizing the truth would maintain the diversity that exists in Indonesia to ensure the unity and integrity of the country.

Moreover, Amar believes that every religious community should actually have a sense of bigotry towards their religion.

“Fanaticism in the conduct of worship and the application of religious law is indeed something that must be maintained,” he added.

Additionally, he reminded the audience to be aware of other religions with their own forms of worship. Therefore, the public should respect each other, regardless of the religion they believe in.

He also pointed out that embracing a certain religion is an individual right for everyone in the country.

“We have to realize that outside there are other people who believe in different religions that we have to respect. This is also a principle of tolerance,” he remarked.

Furthermore, Amar found it necessary for all elements of the nation to maintain diversity in Indonesia in the form of ethnicities, religions, customs and cultures.

In fact, the process of spreading a religion in Indonesia, such as Islam, cannot be separated from the assimilation into various customs.

“Indonesian people are very diverse and even the process of coming into Islam was also a combination of culture and customs. We must consider it as the wealth of Indonesia,” he said.

Thus, he also called on all Indonesians to always be grateful for the diversity of the country by not monopolizing the truth out of fanaticism and by continuing to reinforce the values ​​of tolerance.