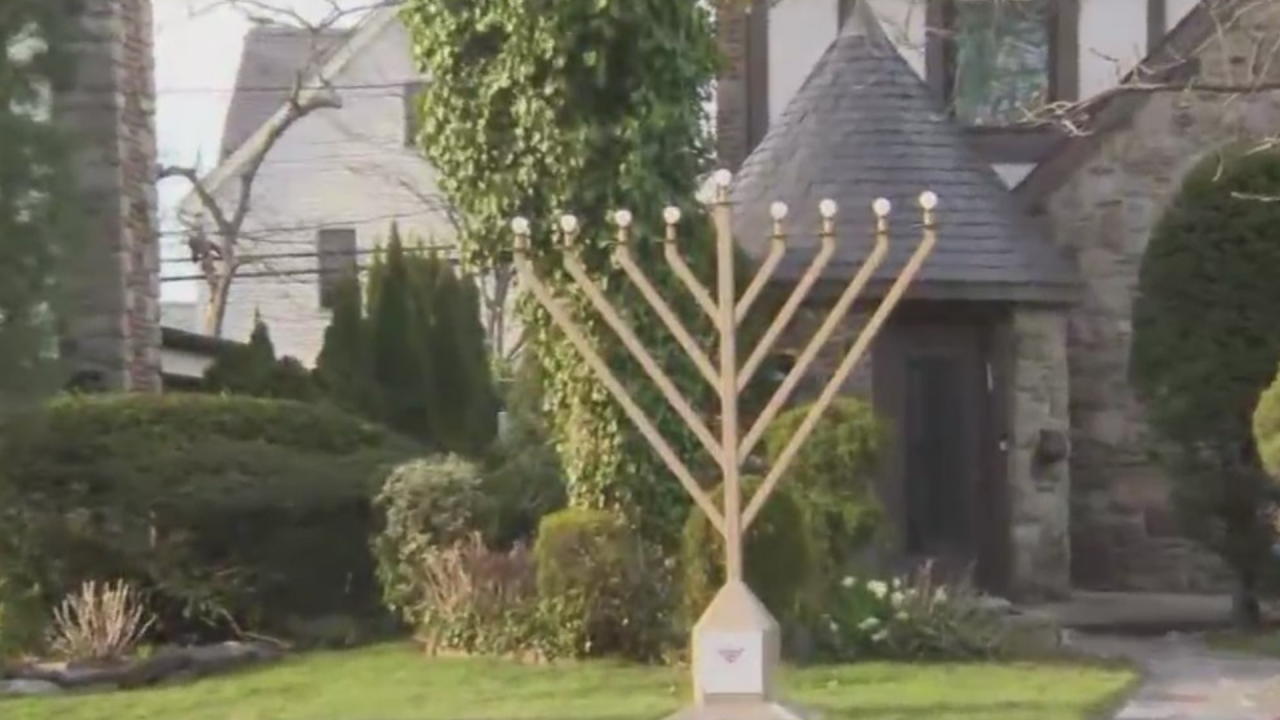 ROCKVILLE CENTRE, NY (PIX11) – A whirlwind of controversy has hit a Long Island village after a resident made remarks at a recent board meeting that some are calling anti-Semitic. Tonight, this woman is excused.

On April 4, Michelle Zangari spoke to the board, which includes Mayor Francis Murray, asking them to change the village code so that “a synagogue cannot be on every street.”

Zangari compared it to nearby Five Towns and how rabbis and their families bought houses, turning them into small houses of worship, which she said would create an unfair tax structure.

She cited one specific house, owned by Rabbi Mendel Gurkov, that has a large menorah on its lawn.

“The menorah is a standard symbol in synagogues, it denotes a symbol or structure in this case a single family residence used as a synagogue,” Zangari said. “These properties will be exempt from paying property taxes.”

But Rabbi Gurkov maintains that his house is just that: a house, not a synagogue. And like the other owners, he pays his taxes.

He said that since he and his family moved last October, none of their neighbors have challenged the menorah. So he was shocked when it became a lightning rod for controversy.

“If you just knock on the door, ask me, talk to me, I’m an open person,” Gurkov said. “We can have an open dialogue and discuss it.”

Gurkov also explained why he had this menorah for months.

“The idea behind the menorah here was to raise awareness of Jewish pride, pride in belonging to any denomination,” Gurkov said. “Being an American in a country that allows you to practice your religion and be whoever you want to be and that’s what the menorah symbolizes to me, that’s why we put it on our lawn.”

There was heavy criticism of Rockville Center Mayor Francis X. Murray and other board members for not immediately condemning Zangari’s remarks.

“I was stunned. It’s such a public forum to say such anti-Semitic things. I thought it was disturbing,” State Senator Todd Kominsky said. “I think it’s important for all of us to call him when you see him.”

Kominsky, who represents the 9th District, also drew comparisons to the KKK rally in Charlottesville, Va., in 2017.

“They were chanting ‘they won’t replace us’,” he said. “When someone stands up at a community meeting and basically says ‘don’t let the Jews come and replace us’, it’s shocking and scary to hear,” Kominsky said.

Rabbi Gurkov told PIX11 News that he received a letter of apology from Zangari, who acknowledged that his words were offensive. But he is still awaiting news from Murray.

“The fact that the mayor somehow agreed with what was being said was problematic,” Gurkov said.