A woman is seen dancing on the stage in Shamgarh, Madhya Pradesh.

A lewd dance performed by a woman at a government-sponsored event in Madhya Pradesh prompted the state administration to suspend the city manager, an official said on Tuesday.

The local government had organized a program — “Maa Mahishasur Mardini Devi Mela” in the town of Shamgarh, some 70 km from the district headquarters of Mandsaur. During the event, a supposedly lewd dance was performed on stage by a woman.

Bride slaps drunken groom on stage then bride in India

A video of the alleged dance program has surfaced on social media showing a woman dancing to a lewd song. 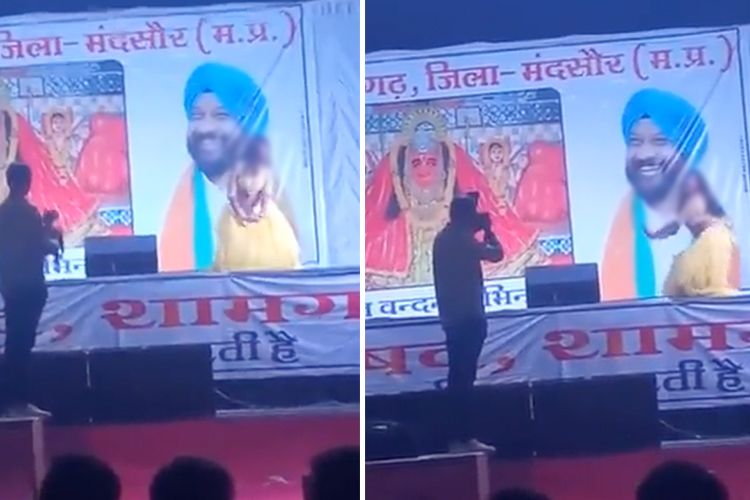 Photos of State Cabinet Minister Hardeep Singh Dang and Maa Mahishasur Mardini Devi were seen on a banner in the background.

After the incident, Dang wrote a letter to Urban Administration Minister Bhupendra Singh demanding action against Mandsaur City Manager Nasir Ali Khan. In his letter, Dang mentioned that the program hurt people’s religious feelings and therefore action should be taken against the responsible officials. 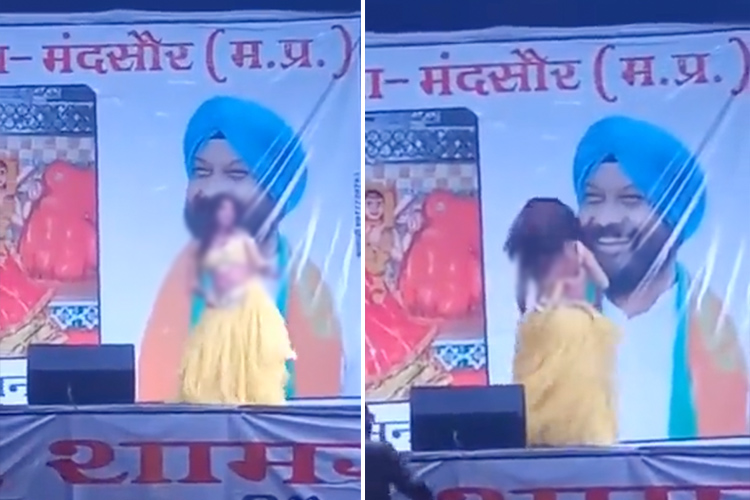 A combined image shows the woman dancing at the religious.

An explanation has also been sought from the Mandsaur District Collector about this.

The suspension order read, “Photos of Maa Mahishasur Mardini Devi and elected officials were displayed on the stage where the lewd dance was staged.

An orchestra program was freely authorized by the city manager, Nasir Ali Khan, without knowing the outlines.

This shows the official’s negligence,” the order reads.