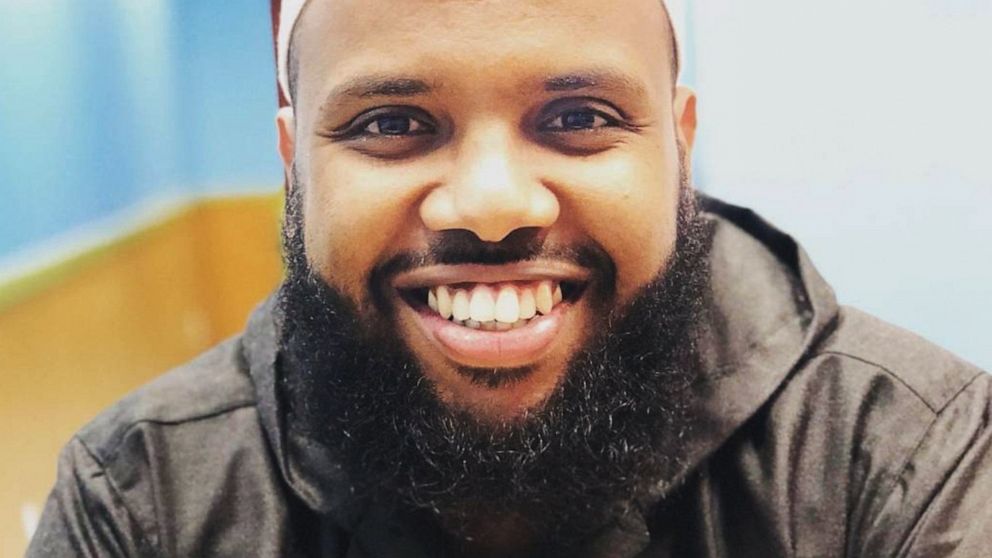 Americans returning from trips abroad are often greeted by border officials with a “welcome home.” But Abdirahman Aden Kariye, a Muslim American imam living in Bloomington, Minnesota, says there were no such greetings for him.

Kariye, a son of refugees who arrived in the United States from Somalia, told ABC News that his experiences at the airport are defined by a deep sense of anxiety. He claims he is often “isolated” and taken to private rooms for hours-long interrogations by US border officials.

“I’ve been arrested many times, almost 90% of the time,” Kariye said, recounting her experience traveling domestically and abroad.

But in recent years, he alleges these additional screenings upon his return from international travels have been coupled with a barrage of questions probing his religious beliefs and practices.

“These experiences made me feel like I had to make myself less visible as a Muslim,” Kariye said, saying the interrogation caused so much anxiety that while traveling he stopped praying at the airport. , stopped carrying religious texts written in Arabic and even stopped wearing his kufi, a brimless cap that some Muslim men wear around the world.

“I feel like I don’t have the freedom to be a Muslim in America,” he added.

Some of the questions asked by US border agents, according to Kariye, included what type of Muslim he is, whether he is Sunni or Shia, how many times a day he prays, what mosque he attends, his opinion of a particular Muslim scholar, whether he listens to music, whether he studies Islam and where he studied Islam.

“When you ask these kinds of questions about my personal beliefs…you’re telling me that you have suspicions about Muslims, that they are, you know, an inherent threat to national security,” Kariye said.

The American Civil Liberties Union deposit a federal trial Thursday on behalf of Kariye and two other Muslim Americans who allegedly faced similar religious interrogations at the border.

The lawsuit was filed against Department of Homeland Security and U.S. border agents in the United States District Court for the Central District of California on behalf of Kariye, Mohamad Mouslli and Hameem Shah, who claim they were subjected to multiple times to detailed questions about their religion by border officials.

Shah is a US citizen who lives in Plano, Texas, and works in financial services, while Mouslli works in commercial real estate and lives in Gilbert, Arizona, with his wife and three children, according to the lawsuit.

The lawsuit argues that the questions violated the plaintiff’s constitutional rights by violating their First Amendment right to freedom of religion, as well as the Religious Freedom Restoration Act (RFRA), a law passed by Congress in 1993.

“Because this interrogation imposes substantial pressure on complainants to hide their religious expression when traveling – to change it at the airport, and because it serves no legitimate law enforcement purpose, he violates the [RFRA]and it also violates the Constitution,” Ashley Gorski, senior attorney for the ACLU’s National Security Project, told ABC News.

ABC News contacted DHS and CBP, but requests for comment were not returned.

Kariye said he was interrogated about his religious beliefs and practices in at least five separate incidents at various airports upon his return to the United States from overseas trips and vacations between September 12, 2017 and September 12, 2017. January 1, 2022.

“By asking intrusive questions about Islamic religious beliefs, practices and associations, the US government is expressing its disapproval of Islam,” Gorski said. “It sends a stigmatizing message; he says he views adherence to such religious beliefs and practices as inherently suspect.”

According to the lawsuit, Kariye has been experiencing “travel issues consistent with her placement on a US government watch list” since 2013.

When he travels for vacation or to visit family overseas, Kariye said he often cannot print his boarding pass at the self-service kiosk until an employee of the airline calls for clearance from a supervisor or government agency — a process that took up to two hours, according to the lawsuit. And upon receipt of his boarding pass, the travel document bears the mention “SSSS”, which stands for “Secondary Security Screening Selection”.

Kariye said he doesn’t know why he could have been placed on this list.

Gorski said Mouslli, one of two other plaintiffs in the lawsuit, had also had similar travel issues and although “the government neither confirms nor denies placing anyone on a watch list”, the two men had “a series of repeated experiences that are consistent with placement on the watch list.

Kariye said some of those experiences in a post-9/11 America have made him feel that as a Muslim he is seen as “less American.” He said he hopes that by speaking out he can empower others who have gone through similar experiences.

“The important thing is that we want to change the condition of our Muslim community here in America. We are Americans, we are here to live here and be part of this American experience,” Kariye said.

“For me, I see it as part of my service as an imam – to be a voice for the voiceless and to advocate for justice.”

Unvaccinated religious teachers in Selangor to be suspended: Islamic Department

On religious and regional feelings