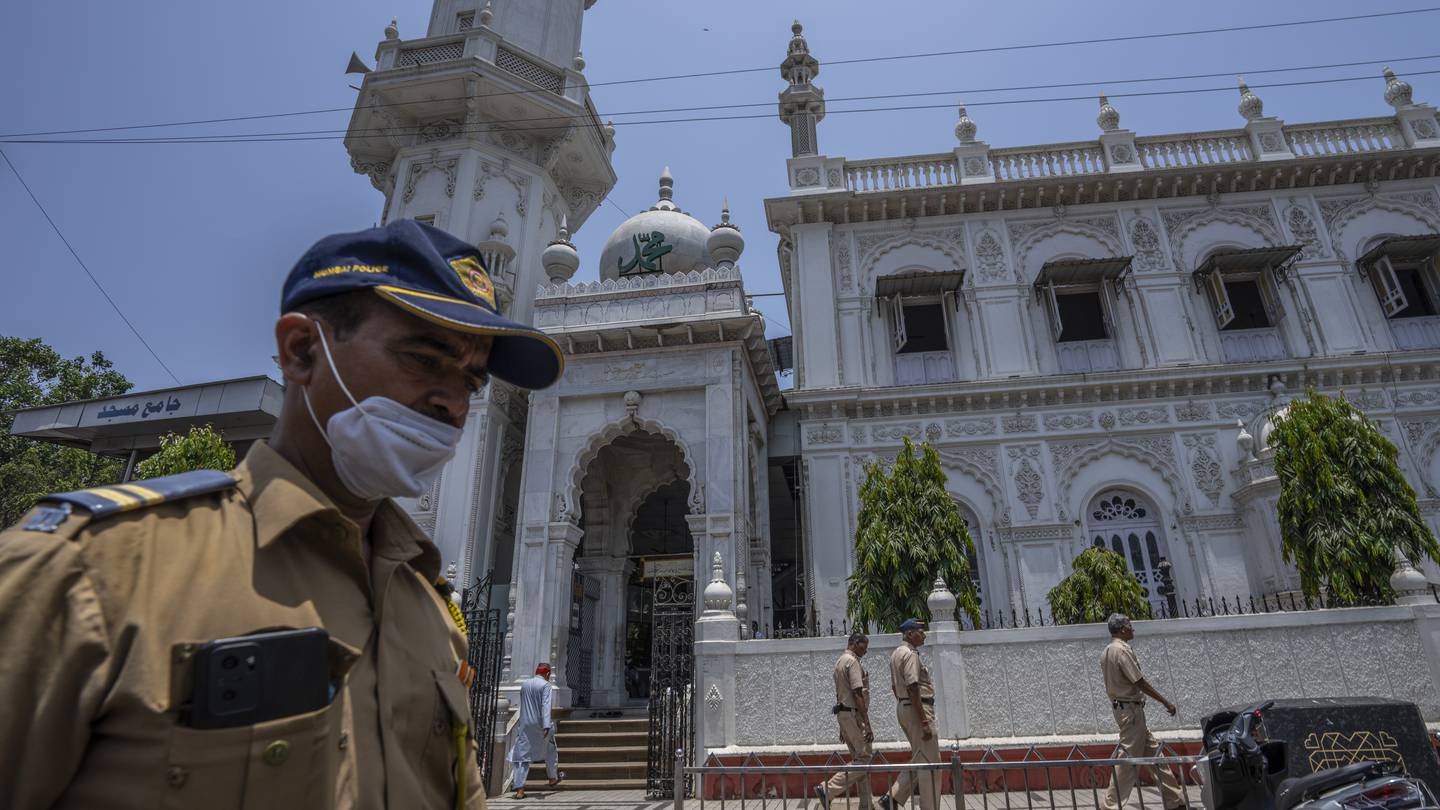 Extra police have been stationed in Mumbai amid fears of unrest after a right-wing leader called on Hindus to play religious hymns outside mosques to protest Azaan (call to prayer) over loudspeakers.

Raj Thackeray, politician and founder of Maharashtra Navnirman Sena, campaigned against the use of loudspeakers for Azaan in India’s financial capital and had given authorities an ultimatum to remove the amplifiers.

He called on the Hindus to play Hanuman Chalisa – a devotional recitation dedicated to the monkey god Hanuman – every time the Muslim call to prayer was recited from mosques on Wednesday.

“I appeal to all Hindus that on the 4th of May, if you hear the loudspeakers blaring with Azaan, in these very places, play Hanuman Chalisa on the speakers. That’s when they’ll realize the hurdle of those speakers,” Thackeray said in a statement.

Most of the city’s mosques turned off the loudspeakers during morning Azaan on Wednesday and Hanuman Chalisa was heard to be played outside only some.

In nearby Thane, police said some party supporters played the song on a loudspeaker in the town.

Police arrested about 250 party workers and leaders across the state as a precaution.

Mr Thackeray insists his call for a loudspeaker ban is not religious but social, citing a Supreme Court order.

The court banned the loudspeakers from 10 p.m. to 6 a.m. but allows their use until midnight on festive occasions for 15 days a year.

He urged Hindus to inform the police and file a complaint if they are disturbed by the sound of Azaan as he says it violates the court ruling.

Right-wing Hindu political and radical groups had previously launched similar campaigns in India, including demanding a ban on halal food, the hijab and a boycott of Muslim businesses.

The campaigns have often led to violent clashes, including one in the Rajasthan city of Jodhpur on Eid Day, when Hindus and Muslims clashed to raise their respective religious flags.

Nearly 100 people have been arrested and mobile internet services cut off as a curfew remains in parts of the district.

Last month, a wave of violence swept through a dozen Indian states over Hindu festivals, including street clashes in the capital Delhi.

Leak of Roe vs. Wade decision a victory for religious fervor – The Forward