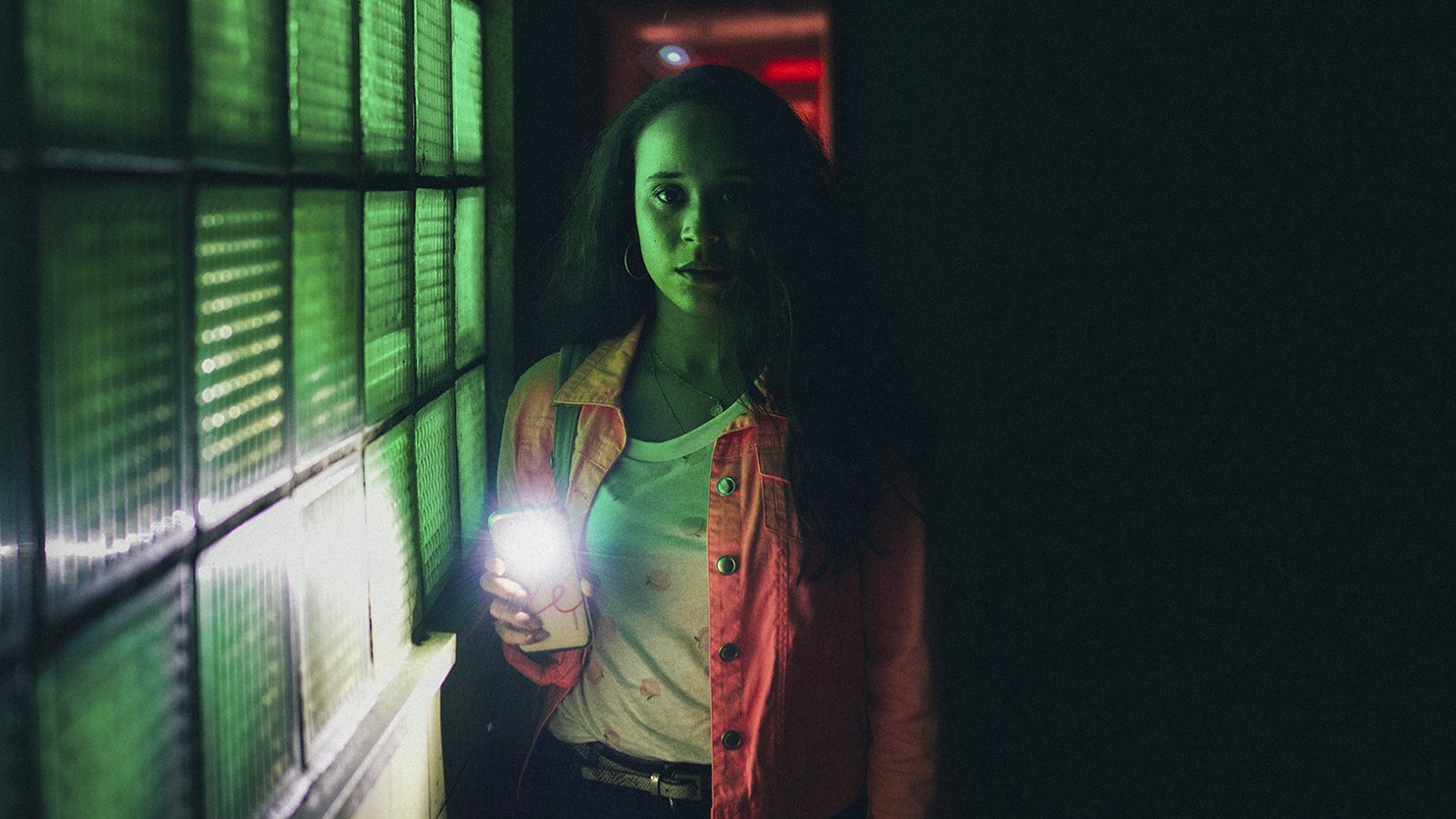 Medusa (2022), is a satire of religious conservatism

In her second feature Medusa (2022), writer-director Anita Rocha da Silveira (Kill Me Please) creates a bold thematic and stylistic approach to religious rectitude that will baffle you if you are unfamiliar with the situation in Brazil. those who have seen kill me please can nevertheless follow the heady and strange mixture of satire and provocation. Yet the bold theme is not matched by an equally tight storyline. It begins with a close-up of a woman’s eye, then steadily pans out to find her on the floor, circling as part of a dance. This is an evangelical homeland destined only to follow the path indicated by Jesus, flowing in chastity and holiness. Anyone who dares to be different (especially women) is confronted and shamed.

This act of moral vigilance is performed by a group of eight girls of which Mari (Mari Oliveira) is the headliner: all wear a strange white mask, hunt women during the night hours and beat her mercilessly. They then film her speaking words of forgiveness as well as submission to the Lord. The deliberate and odd musical number that follows, where the band performs a religious pop song, sets the indulgent tone just right. This is their test: to prove themselves worthy of the Lord’s attention and to rely on the institution of marriage that will soon follow.

Things don’t go well because on one such occasion a girl fights back. She attacks Mari with a broken glass bottle and leaves her with a wound in her face. As a result, she is fired from her job at the plastic surgery booth. Then there’s Clarrisa (Bruna G) who arrives at their home as if rescued from her living situation. Mari’s cousin, Mariana (Mari Oliveira), takes him into her home. We learn that Mariana is obsessed with Melissa García (Bruna Linzmeyer), a celebrity who allegedly disappeared long ago after being mutilated for doing a nude scene in one of her movies.

This will lead to Mari’s quest, a journey that, in a strange way, will be an awakening of her own sexual desires. Medusa goes headlong through these characters, introducing them one after another without divulging many details. The version of Christian holiness that prevails over these characters becomes a dizzying metaphor for emerging trends in fascism that include moralizing and misogyny. Yet these girls express their autonomy in their choices, appeasing the Lord by following their patriarchal standards. The presence of the frightening pastor Guilherme (Thiago Fragoso) is proof that they are the hunted women. It all comes together in one stunning reveal, best left unseen.

Steeped in a shade of neon colors that resembles girls’ awkward situation, Medusa is often bent by its own elements. Uneven in its progression, the film is far too long to hold the attention as the characters are half-written. The soundtrack is a mixture of old pop covers rehashed according to the confidence displayed by this group of girls. Given that it takes aim at the hypocritical nature of religious morality, the idea feels lost somewhere in all the raucous style and execution. Oliveira’s constant breaking of the fourth wall becomes unnecessary and tedious. Add to that, the dynamic between Mari and Michele, so important to the reveal, is handled more with a sense of fascination than conviction. Will Mari be able to know the truth about all this? Will revival lead to a disturbance and a consequent act of sin in the name of God?

These questions keep the action going in Medusa, which remains full of promise but hesitates to bring it to life. The satire occasionally bites, aided by the cast’s finely tuned performances, but mostly under its own camouflage. Silveira is constantly redefining how she wants her audience to crack the codes, but so much is spent alone in this attempt, that the markers are never really set. The problem is how each character is exaggerated to the point that there is no circumference of faith and trust. Actions feel staged, not startling. In the end, Medusa feels bent by her own elements, struggling to free herself.