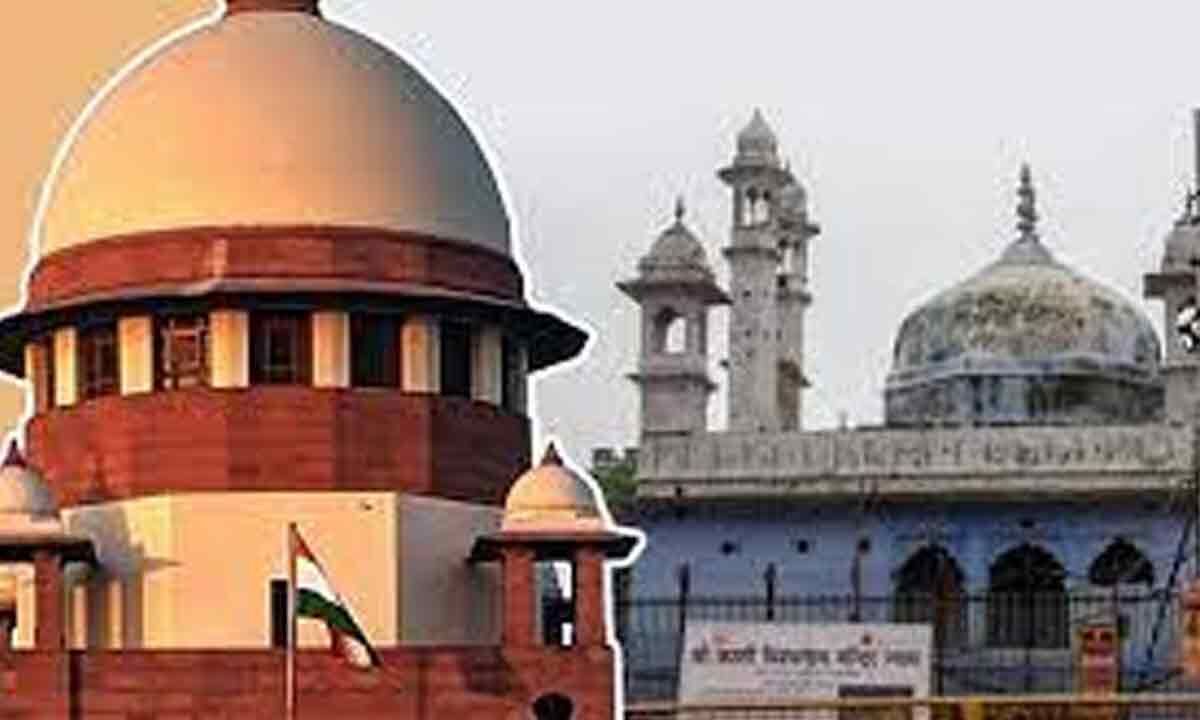 In the Old City of Jerusalem is a 187-foot-long “Western Wall,” built by Herod on the western side of the Temple Mount. While the wall was considered Muslim property as an integral part of Haram esh-Sharif and waqf property, the Jews’ right to prayer and pilgrimage co-existed.

The ‘Wailing Wall’ has been fraught with skirmishes between communities and although the Western Wall is carved in stone, the fate of its worshipers is not, and is written with an unease that manifested itself largely in zealous religious places such as India.

The present dispute relates to the land where the Gyanvapi Mosque is located in Varanasi and has been the subject of several court proceedings since 1991. is located, alleging that the mosque was built after the destruction of a temple of Lord Vishweshwar by Mughal Emperor Aurangzeb.

Proceedings in the 1991 trial were stayed by the Allahabad High Court. When litigation has been decided and held in abeyance, all subsequent lawsuits arising out of the same cause of action shall be discontinued and decided according to the prior pending litigation to avoid duplication of proceedings.

However, recently, another complaint was filed in 2021 by women devotees and worshipers of Lord Shiva, practicing Hindu Vedic Sanatan Dharma before the Senior Civil Judge in Varanasi, asking for “restoration of the performance of rituals to the main seat of ‘an ancient temple’ at the Gyanvapi Mosque region’.

The dispute has now reached the Supreme Court after several orders were issued by both Varanasi Civil Court and Allahabad High Court since 1991 at the behest of Hindi devotees and Anjuman Intezamia Masjid Varanasi, Masjid Committee and others.

The court in Varanasi had ordered a premise inspection over petitions filed by five Hindu women seeking one-year access to pray at a Hindu shrine behind the western wall of the Gyanvapi Mosque complex in Varanasi, which is currently open to the public. prayer once a year. .

Be that as it may, the Anjuman Intezamia Masjid Varanasi has requested permission from the Supreme Court that his application under Order 7, Rule 11 be heard first by the civil judge and then only the case should be continued, including the unfolding of the findings of the commission. In support of the same, plaintiffs have stated that to address the very cause of action in the case, it is imperative that the commission’s reports be considered first.

This has indeed led to a legal quagmire, and more particularly, encompassing the body of civil law, in this case. But on May 20, 2022, the Supreme Court placed it to rest and ordered that the request filed by the Anjuman Intezamia Masjid Management Committee under Ordinance 7 Rule 11 CPC for the dismissal of the lawsuit as prescribed by the law, be decided as a matter of priority. by the district judge. Thus, the question therefore is whether the Gyanvapi Mosque harbors within its premises a “Shiv Ling” as alleged by the plaintiffs or indeed can the civil court, in view of the estoppel envisaged by the 1991 law on places of worship, consider the matter at all.

The importance of the Places of Worship Act 1991 cannot be underestimated. One legislature that has been at the forefront in preserving the secular fabric of our nation has been the Places of Worship Act 1991, which only welcomes the Babri Masjid case as an exception to its commitment. The law itself that is being challenged in the Supreme Court is the beacon of secular ethics in our Constitution.

Worryingly, matters of religious fervor are tried liberally in the courts, where forensics should have been the rational route. The question, therefore, which is now posed to our understanding is whether the plaintiffs’ prayer for the restoration of the performance of rituals at the main seat of an ancient temple in the Gyanvapi Mosque holds water, and whether the courts are competent to follow these holy waters bearing in mind that they have only recently emerged from the murky waters of the Babri Masjid-Ram Janmabhoomi affair.

(Adeel Ahmed is a

lawyer registered in the

Supreme Court of India. the

the opinions expressed are personal)

How Egypt can become a hub for spiritual and religious tourism