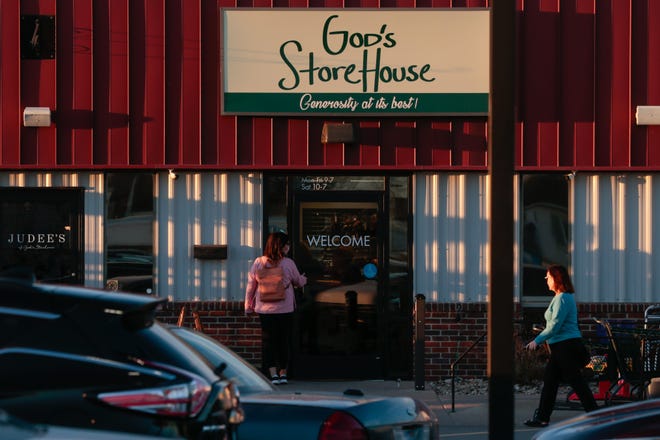 DENVER — God’s Storehouse in Topeka argues that the Internal Revenue Service violated its religious rights by ordering that certain financial information be turned over for IRS review of its church status.

Congress has enacted requirements “to protect religious institutions from capricious interference” by the government so that “the First Amendment rights of churches are not trampled on” in the IRS’ zeal to collect revenue, God’s Storehouse said. to a judge on Thursday.

The claim that the IRS circumvents constitutional safeguards is in a filing with the US District Court in Denver.

The IRS ordered a Colorado company that processes church credit card transactions to turn over the records to the government.

God’s Storehouse goes on to say that it has already provided numerous documents – such as the dates of its worship services and letters from its bank and insurance company – to prove that it operates “like a Christian church”. .

His pastor is Rick Kloos, a Kansas state senator from Topeka. His organization also operates a thrift store at 2111 SW Chelsea Drive and a cafe.

God’s Storehouse has a similar case in federal court in Kansas challenging the IRS’ power to order companies doing business with Kloss’ organizations to turn over financial and credit card records.

The government replied that it was within its legal authority.

Court records show that an IRS agent said his review was to determine if God’s Storehouse:

• Engaged in a political campaign.

• Can operate as a thrift store rather than a church.

• May be subject to tax on business income related to his coffee.

• May be liable for employment taxes based on wages paid to Kloss and his wife, Pennie.

Kloos used the the branding of the church in its campaign materials during his 2020 Senate race.

This raised questions about its potential implications for the church’s tax-exempt status. Federal tax law generally prohibits churches from engaging in political activities, especially advocating for or against a particular candidate.

Will you honor or not honor the religious monuments donated to the city?