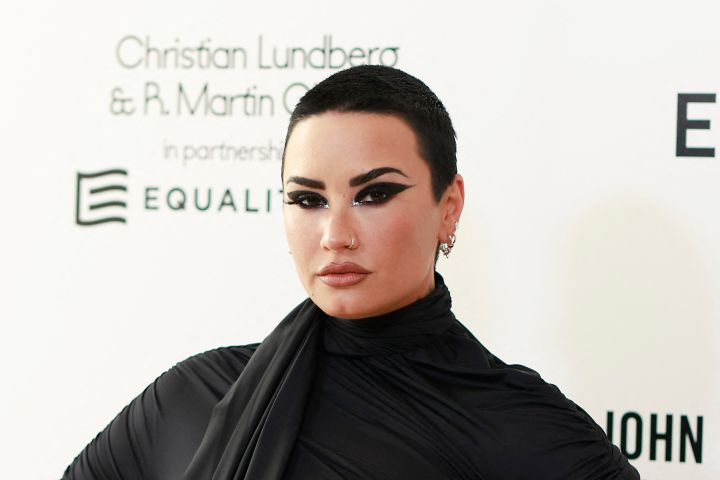 The singer, who released his latest track “Substance” on Friday, said the album’s title track was a “sexy song” but also “really fun.”

ALSO: Demi Lovato throws a party then hops on a motorbike with Paris Hilton in new ‘Substance’ music video

Lovato chose the name of the project because they “felt like it was a great catchy title track for the rest of the album”, which includes songs that have “religious undertones” and songs that have “this dichotomy between good and evil”.

During the interview, the singer-songwriter received a special question from Lizzo, who formatted the question using the lyrics to her hit song “About Damn Time.”

“Hi Demi. It’s Lizzo. So, in a minute, I’ll need a sentimental man and woman to cheer me up. But in a minute, what are you going to need?”

“I’m probably going to need more coffee,” Lovato replied, feeling “embarrassed” that she replied with just “one word” because “I love Lizzo and Lizzo deserves more.”

“But it’s the truth. So, I’m going to need more coffee,” they said.

Lovato’s Scrapbook Saint-Fvck falls in a month on August 19. “The Morning Mash Up” hosted by SiriusXM’s Nicole Ryan, Ryan Sampson and Stanley T airs every morning on SiriusXM Hits 1.