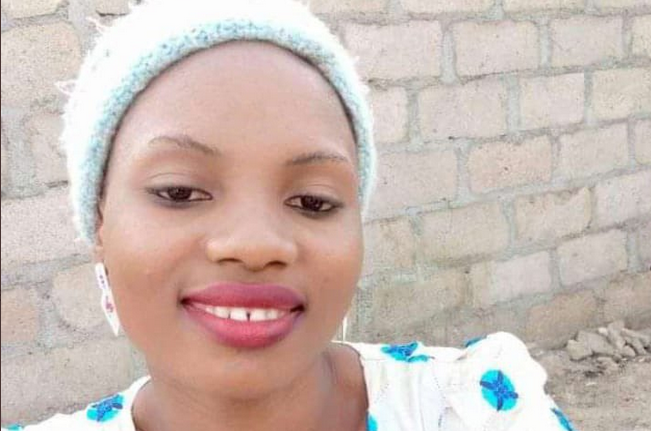 Deborah Samuel: Yet another victim of religious intolerance

The gruesome murder of Deborah Samuel, a student at Shehu Shagari College of Education in Sokoto State, is one of those senseless and callous acts that make one wonder if these bloodthirsty religious fanatics are really human being. This despicable action by students in a citadel of knowledge has reminded us once again of the deep resentment we hold against each other in a nation that has failed to find solutions to the myriad problems that torment.

This kind of iniquitous action is happening in a country that parades “classic suitors”, who use religion and ethnicity to settle a personal vendetta and further promote hatred between us. Unfortunately, as a nation, neither religion nor ethnicity has united us. The only factor that unites us is “corruption”. Believe me, whenever corruption and self-aggrandizement is involved, Nigerians put religion aside; they become worshipers of Mammon by night and by day true followers of both religions.

How are the students who murdered Deborah Samuel in cold blood different from ISIS, Al-Qaeda, Boko Haram, ISWAP, Al Shabab and other terrorist groups hiding under the guise of Islam to wreak havoc? Islam is a religion of peace and a religion that hates violence in all its forms. These fanatical hypocrites usually use the word “Jihad” to perpetrate heinous crimes against non-Muslims and even against moderate Muslims who do not believe in their fanatical false doctrines.

Jihad in Islam is of three types which include: Jihad against oneself; which in the Islamic idiom is called the greatest Jihad (Jihad Akbar) – to purify oneself.

For better understanding, the greatest Jihad is Jihad Akbar (to purify oneself): This is because the inner struggle to lead a purely good life is very difficult. God always guides us to good, but our natural tendencies are inclined to evil. The Holy Quran, chapter 12, verse 54, describes this as Nafse Ammarah, “the self that inclines to evil.” Our natural state, as long as we are not guided by reason and understanding, is to follow our natural tendency to eat, drink, sleep, wake up, get angry and provoke, like animals. Once a person is guided by reason and understanding and masters his natural state and regulates it appropriately, he then begins to develop his moral state up to the second stage of development called Nafse Lawwama, “the reproving self” (75:3) and then to the final moral state of Nafse Mutmainnah, ‘the soul at rest’ (89:28). Thus, purifying oneself is a constant inner struggle that one must strive to practice in order to reach paradise.

The second type of Jihad is Jihad Kabeer (propagation of religion). This is because going out and spreading the message of God and trying to improve the society in which one lives means that you must first overcome your inhibition and be ready to face abuse, humiliation and even persecution. To propagate the religion means that you must lead by example and live according to what the religion teaches. You can’t tell someone that’s what my religion teaches me, but personally I’m not, and then I expect that person to take you seriously. It is for this reason that spreading God’s message by word and personal example is the second most difficult type of struggle to wage.

While the third type of Jihad is Jihad Asghar (Holy War). This is placed third, for no war can be holy! But, Allah recognizes that in certain circumstances it is necessary to defend oneself for the sake of one’s faith. A true Jihad should only be triggered when these two conditions are met; (a) It’s in defense (b) The abusers try to stop you from practicing your faith. Because ultimately our purpose in life is to worship God, if someone is stopping you from worshiping God, then you should reason with them. If that fails, then Islam teaches us that we should walk away and worship in a different place. But if they still follow us and prevent us from worshiping God, then we are allowed to fight them as a means for our freedom of belief and worship.

From this explanation we can see that the best of all Jihad is the inner struggle to lead a pure and good life; to make it a good example that others will want to emulate without any kind of cohesion.

Unfortunately, the understanding of religious fanatics is that “Jihad” is a holy war that must be fought by shedding the blood of the innocent.

The murder of Deborah Samuel in Sokoto is contrary to Islam. The Prophet Muhammad is a role model for millions of Muslims today. The life of the Prophet is a source to understand and contextualize. And Muslims interpret the events of his life so that they can reproduce them in all aspects of their lives. Prophet Muhammad was never a violent person. He made peace with anyone who came to him. And Islam as a religion preaches peace.

Those who murdered Deborah Samuel in cold blood on allegations of blasphemy killed sleep and must suffer from insomnia. Not one of them should escape justice. They must be made to face the music to act as a deterrent to others. Moderate Muslim scholars and clerics should be at the forefront of sensitizing congregations on what the Holy Quran and the hadith of the Holy Prophet Muhammad say regarding the misconception about Islam.

Alaba Abdulrazak can be accessed via [email protected]