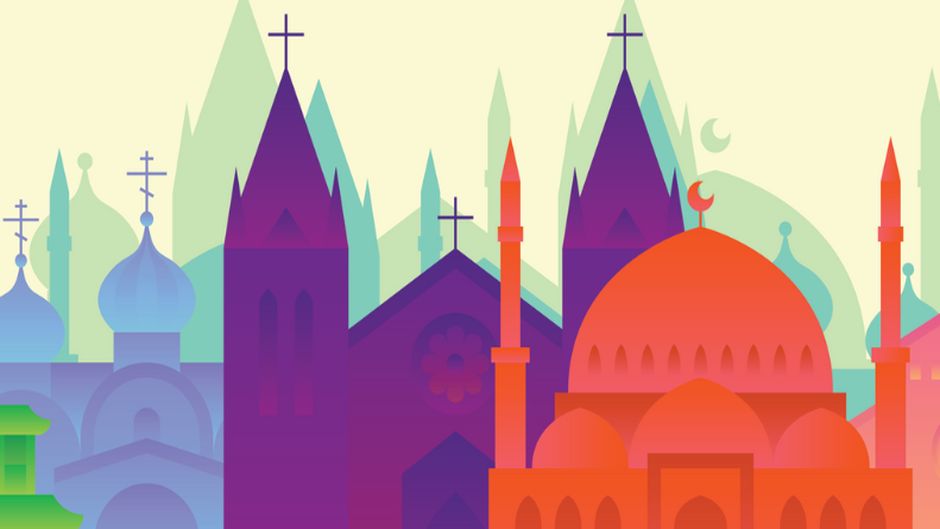 Abu Akleh and the other religious, Evangelical Focus

On May 11, Shireen Abu Akleh, a journalist and longtime Al Jazeera Arabic correspondent in Palestine, was shot dead by Israeli forces while covering army raids in the northern city of Jenin. the occupied West Bank.

His death is a tragedy that shook the world in profound ways, but it also provoked a passionate conversation about how we deal with religious differences.

The Arabs were furious at such a deadly incident and many Muslims spoke of Abu Akleh as a martyr and asked Allah to have mercy on his soul.

Many were unaware of Abu Akleh’s religious background, but when it was learned that she was a Christian, some Muslims claimed that wishing Allah’s mercy is wrong since she is not Muslim and she is going to hell!

It is shameful for such Muslims that the Umma considers a non-Muslim, even if he is a martyr for a noble cause, worthy of God’s favor. Other Muslims considered all people, regardless of religious background, to be worthy of God’s mercy. For fear of a martyr who honored all Arabs with her death. We bow with the greatest respect before her!

These comments have gone viral as people discussed why or why a Muslim should wish mercy on a non-Muslim. Perhaps the underlying question concerns the attitudes of religious people towards the religious other.

This question of “insiders” and “outsiders” includes Christians in general and, I believe, Evangelicals in particular!

Questions about the eternal fate of an unbeliever are part of ongoing conversations. As a Lebanese disciple of Christ of Muslim origin in an evangelical environment, I sometimes hear church people say that all non-evangelicals, Christians and non-Christians, are destined for hell.

Therefore, there is no need to ask God for mercy on their souls or even to attend their funerals. I’m not trying to argue soteriological points about who goes to heaven or hell, but rather to consider an alternative formulation: as followers of Christ in the MENA context with its culture of shame and honor, our interaction with “the other” must be characterized by respect.

In my own doctoral studies, I explored the relationships Lebanese believers of Muslim background (BMB) have with their Muslim families and churches, and how BMB views of Muhammad and the Quran (I’ll call it MQ) affect their membership. to Muslim and Christian family churches.

My research aimed to suggest some MQ approaches that could enable Lebanese BMBs to maintain healthy relationships with both the Muslim community and the church while remaining faithfully “in Christ”.

I was surprised to find in the search results that the primary factor in maintaining healthy membership for BMBs has been not their views on MQ but their respect for their families and to the churches on the one hand and the wise way in which they would share and communicate their views on the other.

It seems that how we communicate what we believe is as important as the content of that belief. Form and meaning communicate and compose the final message.

For example, if a BMB wishes his family a blessed Ramadan or attends socio-religious events, he shows respect and honor to the family, although he may have a vertically opposed view of the MQ. Again, how we communicate is key!

Additionally, as MENA evangelicals living in a collectivist society, where to a large extent the maxim “we are, therefore I am” is still very much in vogue, we might want to pay particular attention to our state(s) of membership at multiple levels. for build healthy relationships with our neighbors who constitute the religious other.

maybe it’s worth saying there is no assumed order of importance for the three levels of identity. Some might even consider “We (i.e. social identity)” to come before “I (i.e. core identity)”.

The basic identity begins to form during childhood with the discovery of parental norms, and it represents the core of a person’s view of self and the world.

In our case, being now disciples of Christ, our fundamental identity becomes theological in nature; it is our identity “in Christ”.

Finally, the the collective identity is a title for the whole group, that is to say the identity of the individuals put together and the identity of the group in opposition to other groups. Here, Lebanese evangelicals hesitate to engage with Lebanese Catholics or Orthodox (and of course with Muslims!).

Perhaps Green’s identity framework helps us paint a broader and deeper picture of who we are as evangelicals and how we should relate to non-evangelicals.

As a corollary, is it enough for evangelicals in the MENA region to focus on their core identity of being “in Christ” at the expense of attention to their social and collective identities?

Such a self-view is not only identity reductionist, but also an obstacle to building healthy relationships with other religious people.

Our triune God is a relational God and we are made in his own image as relational beings. The Logos became incarnate, showing us who is God and who is man.

There are huge implications here; the relational includes recognizing and respecting the difference in the other, and embodiment involves walking alongside the other.

As individuals, offering condolences to Muslim friends or wishing them a happy Ramadan or inviting them to a home-cooked meal is relational and embodied, so it is sharing mutual events between Orthodox and Catholic churches.

Still, pay particular attention to how we share life and faith with “the other”; it really comes down to mutual respect in contexts of shameful honor in the MENA region.

My colleague from ABTS, Martin Accad, says it well when talking about Islam and Muslims, and that can also be extended to non-evangelicals.

He says that “your view of Islam will affect your attitude towards Muslims. Your attitude will in turn influence your approach to Christian-Muslim interaction, and this approach will affect the end result of your presence as a witness among Muslims.

Yet, and in the case of my blog, I could change the order of Accad’s statement by starting with attitude rather than actual point of view; your attitude towards the other religious will have an impact on your point of view.

Let’s end where we started; should we wish mercy on those who die in other religious traditions? My answer is yes.

Perhaps the death of Abu Akleh (along with the results of my studies and so many others) reminds us that mutual respect, along with wise communication, are essential as we aim to build healthy relationships with our neighbors in the MENA region.

A bed Zein El Dien is Assistant Professor of Pastoral Ministry at ABTS.

This article was first published on the blog of the Arab Baptist Theological Seminaryand has been republished with permission.

No loudspeakers between 10 p.m. and 6 a.m. in religious places, pubs, restaurants: Karnataka HC